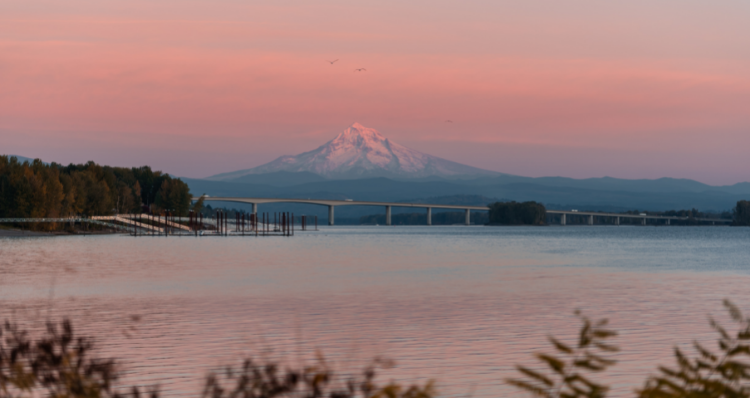 From our interesting cities to the surplus of outdoor activities, there are a ton of things that put Oregon and Southwest Washington on the map. But even if you’ve been living in the Pacific Northwest your whole life, we’re sure there are still some things that even you don’t know about our fascinating region!

To prove it to you, we rounded up a few of our favorite interesting tidbits about Oregon and Southwest Washington below. Read on to learn some new facts you’ll be able to pull out at your next trivia night!

Oregon has a unique flag

If you’ve never stopped to take a good look at the Oregon state flag before, you may have missed what makes it so unique! The navy and gold flag is the only one in the United States that has a different design on each side. The front of the flag features the words “State of Oregon” along with the state’s founding year and several signature Oregon symbols like a setting sun, a plow, a sheaf of wheat, a covered wagon, two ships and an American eagle. The other side is fairly simple, boasting a small beaver as an ode to Oregon’s nickname: “The Beaver State”.

Portland is the Beer Capital of the World 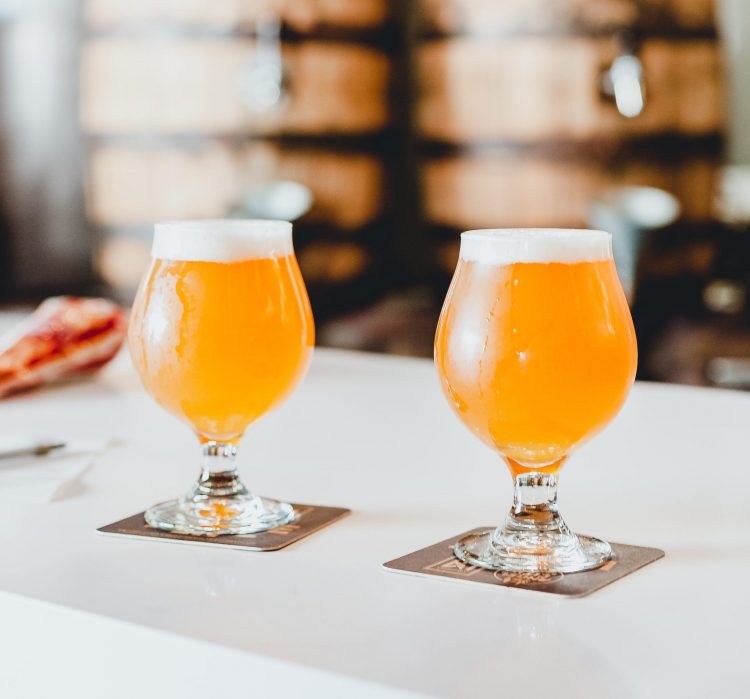 While it’s a well-known fact that Portland loves craft beer, did you know that PDX is home to more breweries than any other city in the world? In fact, within city limits, Portland has more than 70 breweries and brewpubs, making it the Beer Capital of the World! You can celebrate Portland’s vast beer scene at one of the many events in the city all year long. Click here to see which one is coming up next!

Oregon is home to the deepest lake in the United States

Considered one of the most renowned destinations in the Pacific Northwest and one of the Seven Wonders of Oregon, Crater Lake is a spectacular sight to behold. With a depth of 1,943 feet, the jaw-dropping Crater Lake is the deepest lake in the United States. The intense blue color reflects the lake’s purity and depth, which is beautiful year-round.

As well as the world’s smallest park

In addition to the country’s largest lake and the world’s largest fungus, Oregon is also home to the world’s smallest park. Located in Portland, Mill Ends Park is a tiny (and we mean tiny) park located in the median strip of Southwest Naito Parkway. This famous park is a small circle, two feet across, with a total area of 452 square inches. Mill Ends was designated as a city park in 1948 and was granted the recognition of The Smallest Park in the World by the Guinness Book of Records in 1971.

Oregon is the only state with an official state nut

While it’s common knowledge that most states have official birds, trees and flowers, Oregon has a little something extra: a state nut. The official state nut of Oregon is a hazelnut, also known as The Filbert. It was designated as the official nut of Oregon in 1989, as a nod to the fact that Oregon produces 99 percent of the entire United States’ commercial crop of hazelnuts. As of 2021, Oregon is still the only state that has an official state nut, but we can’t help but hope the trend will catch on. 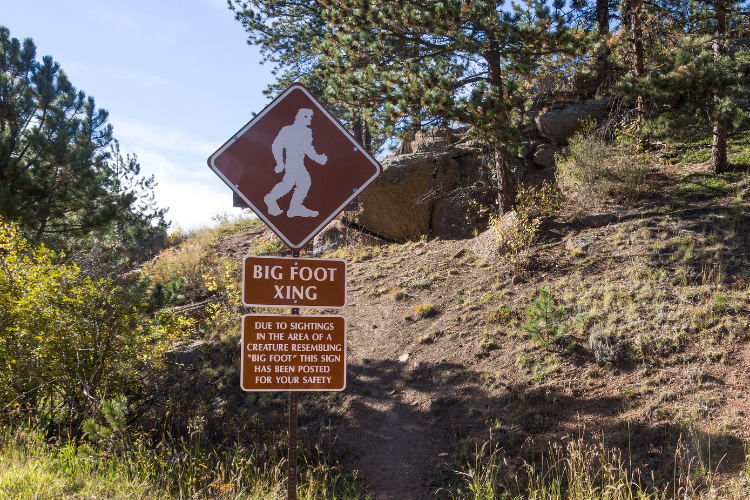 The legend of Bigfoot or Sasquatch has captured the imagination of Americans for centuries, with many still adamant that they have seen the massive creature prowling in woods throughout the Pacific Northwest. But if you happen to stumble upon him in Southwest Washington, we urge you not to harass him—and not only because it’s rude. In Vancouver, it is actually illegal to harass any undiscovered species (including that of Bigfoot and Sasquatch) with violations punishable by a fine or even imprisonment.

Washington produces more apples than any other state

Even though New York City calls itself “The Big Apple”, it’s Washington that holds the title for producing the most apples out of all 50 states! With its nutrient-soil, arid climate, plentiful water and advanced growing practices, Washington’s lush apple orchards grow more than 58% of the apples grown in the United States and 68% of those grown for fresh consumption. 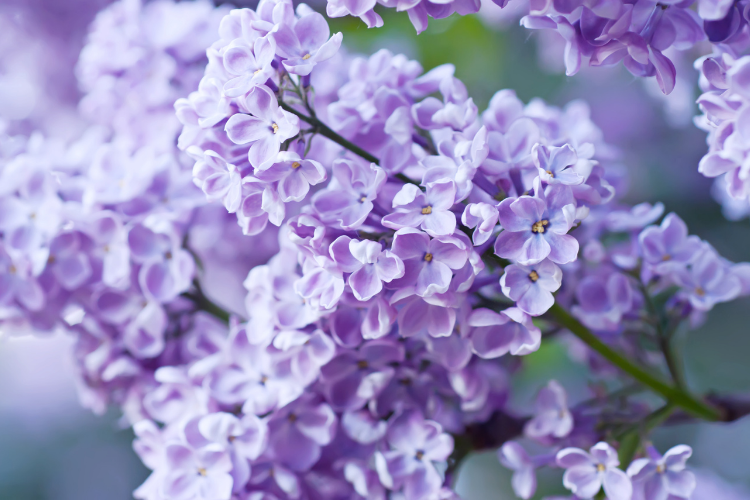 In 1877, Hilda Klager and her family, immigrants from Germany, moved to Woodland, Washington where they purchased farmland and built a home. Throughout her childhood, she fell in love with lilacs and eventually began to grow them herself. By 1905, she was hybridizing and by 1910, she had created 14 new varieties of lilacs, eventually hosting an open house in her home each year to showcase her amazing flowers to the community. She became known as “The Lilac Lady” and her lilacs helped put the city of Woodland on the map. Today, you can visit the Hulda Klager Lilac Gardens, which is a National Historic Site, and see some of the varieties Hulda bred for yourself! And you definitely don’t want to miss Lilac Days, the annual spring festival dedicated to the garden’s beautiful lilacs.

Southwest Washington isn’t as rainy as you think

While Vancouver is known for being rainy, the city actually only sees about 42 inches of rain a year, which is less than other U.S. cities like Houston, Nashville, Memphis and Miami! And winter is pretty mild throughout the city as well, with only a few snow days a year and temperature averages in the 40’s and 50’s all season long.

You can get an exploding dessert in Vancouver 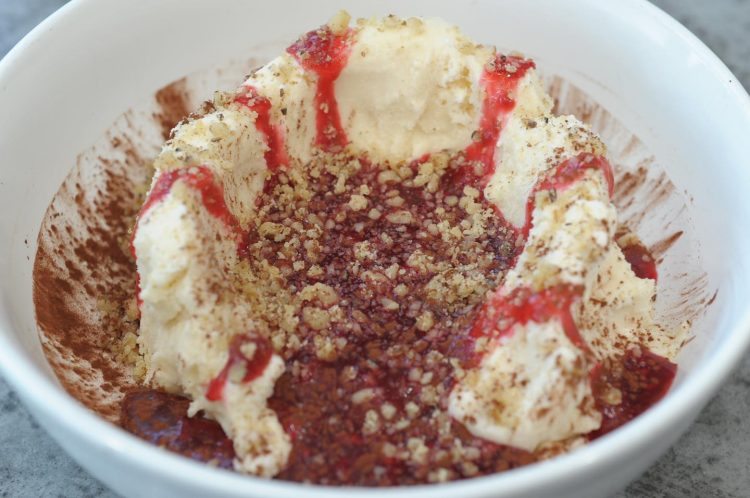 If you have a sweet tooth, this is one you don’t want to miss! At Ice Cream Renaissance in Vancouver, don’t miss the “Mt. St. Helens” a massive sundae volcano complete with large boulders (vanilla ice cream), volcanic ash (cocoa) and actual erupting molten lava (raspberry sauce). While you’re there, you’ll also want to try the “Not So Leaning Tower of Pisa”, the “Banana Bossa Nova” or “Dr. Chocolate”!

What do you think?

Let us know what your favorite fact was in the comments below!

Believe it or not, but fall is officially knocking at our doors! If you're on the hunt for some new ways to decorate your home for fall, we've rounded up some of our favorite fall decor tips and DIYs from Oregon bloggers.⁠
.⁠
Fall Home Inspiration & Decor Tips from Oregon Bloggers — link in bio! ⁠
.⁠
📸 : @chelseehood⁠
.⁠
.⁠
.⁠
.⁠
#VisitPDX #PDX #PDXHomes #PDXRealEstate #PDXHomesForSale #PortlandOregon #Portland #PNW #PNWRealEstate #ExplorePNW #PNW #PacificNorthwest #VisitOregon⁠
_____________⁠
Tag #TheLocalArrow to be featured! ...

Whether or not we choose to believe it, summer is inevitably coming to a close. But before you trade your swimsuit for a sweater and your margarita for a pumpkin latte, see if you can get one last adventur...
August 11th  |   Cannon Beach, Central Oregon, Hood River, Neighborhood Insight, Portland, Southwest Washington
15 Places in Washington + Oreg...
Situated directly along the south-facing riverfront near downtown Vancouver, the relatively new Vancouver Waterfront has so much in store for both visitors and residents. In fact, you could spend an entire...
July 28th  |   Neighborhood Insight, Southwest Washington
Your Guide to Spending a Full ...