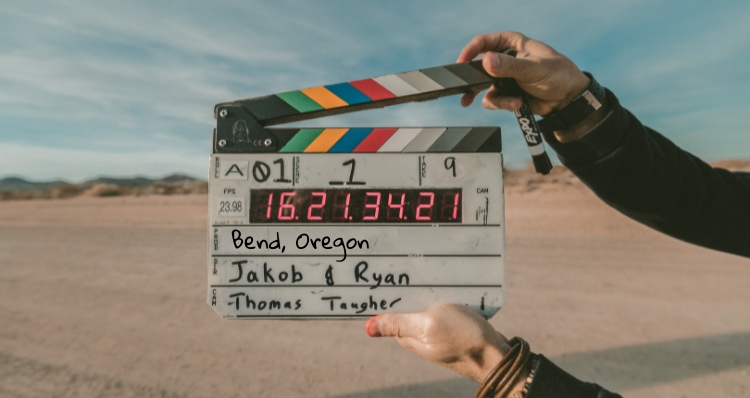 Interesting Documentaries About Central Oregon You Should Binge Watch

The night’s schedule is completely clear. It’s just you, a bowl of popcorn and your Netflix account. The possibilities are endless — maybe a bit too endless. What will you watch?

If you’re lucky enough to live in Central Oregon — or you are a distant admirer of this scenic, outdoorsy region — you will be pleased to find that there are a handful of documentaries starring Bend and its surrounding towns.

We’ve done all the vetting for you to uncover five of the best documentaries about Central Oregon, covering a wide range of topics, from NASA astronauts traversing our rocky landscape to tourists flocking to the last Blockbuster on the planet. And of course, we included that one cult documentary you’ve been meaning to watch…

No matter what you decide to add to your queue, you’re bound to learn something about Central Oregon!

Bend is one of eight towns featured in Our Towns, a recently released documentary created by Academy Award-nominated film producers Steven Ascher and Jeanna Jordan. The 1 hour, 37 minute documentary based on the book, “Our Towns: A 100,000-Mile Journey into the Heart of America,” tells the stories of small cities throughout the U.S. that are bouncing back after adversity. For Bend, that adversity was the decline of the logging industry. Our Towns explains how the city has transformed itself into a tourist destination and thriving community, interviewing locals like Bill and Trish Smith, who have led this rebirth with the development of the Old Mill District. The film is inspiring and hopeful. According to the HBO website, it “spotlights local initiatives and explores how a sense of community and common language of change can help people and towns find a different path to the future.” View the trailer for a sneak peek at this documentary about our beloved city!

The small, tight-knit community of Bend rose to international fame in 2019 when it officially became home to the last Blockbuster on earth. And this nostalgic store garnered even more attention with the release of The Last Blockbuster on Netflix in December of 2020. This creatively filmed and edited documentary follows Sandi Harding, the long-time general manager of the store who knows (and has employed!) just about everyone in town. The Bend store has capitalized on the store’s novelty for years, selling merch (all made by local Bend businesses!) and even letting people stay the night in a ‘90s-themed paradise via Airbnb. The film explores a bit of the history of this once-nationwide chain and why the community of Bend has embraced this piece of history — and how people have traveled thousands of miles to step inside! We are lucky to have this national treasure in our midst, and it’s only right for Bendites to hold onto their VHS and DVD players until further notice…

Sorry, but no list of Central Oregon-themed documentaries is complete without mention of Wild Wild Country — a 2018 documentary series with a cult following (pun intended). The binge-worthy, 6-episode series follows the story of controversial Indian guru Bhagwan Shree Rajneesh and his personal assistant Ma Anand Sheela and their community of followers. Called Rajneeshpuram, the community set up camp in the Oregon desert in 1981, more or less taking over the tiny town of Antelope, which is situated about an hour and a half northeast of Bend. If you appreciate the captivating and overall strange nature of cult and true crime stories, Wild Wild Country is perfect for you!

If you’ve explored the rocky terrain of Central Oregon, you may have thought to yourself, “this looks like the moon!” Well, that’s what NASA thought back in the ‘60s. Before the 1969 moon landing, most of the Apollo astronauts came to Central Oregon to train, as the area’s unique lava formations resembled the lunar surface. In fact, it’s one of the few places on earth where, within a few hours, you can see almost every type of volcanic rock. Released by Oregon Public Broadcasting in 2019, this 30-minute documentary on YouTube offers a historic look at NASA’s time spent in Central Oregon as a way to celebrate 50 years since the first human-crewed moon landing. This short but sweet documentary is fascinating and insightful, featuring interviews with Apollo 17 astronaut and geologist Harrison “Jack” Schmitt, Bend mayor (1964-65) Paul Reynolds, a number of University of Oregon faculty and staff members, and many more prominent figures.

The Far Green Country is a two-part documentary series following the story of a family from Sisters who hit the road in an RV to reconnect as a couple, revive their passion for the outdoors, and introduce their young son to new places. They travel to dozens of national parks, documenting the ups and downs of their adventures, plus some of the most stunning scenery we’ve seen in a while. The couple, Eli and Kelly Pyke, tell a vulnerable story of navigating a struggling marriage in the first film and the process of overcoming grief in the second. Both offer hope for a better, more fulfilling life, filled with adventure, nature and an escape from the 9-5 rut. The Far Green Country debuted at BendFilm Festival in 2018 and they recently released a second part titled “The Far Green Country: At Road’s End.” Both are available on Amazon Prime — and you can learn more about the family and their story on the documentary’s website.

What Central Oregon-themed documentaries are we missing out on? Let us know so we can add it to the queue!

📦 What's more fun than receiving a box of goodies? And when they are all locally made, it’s even better. We rounded up a number of Oregon-based subscription and gift box services, which make a great gift for a friend, family member or a client (or yourself!) — plus, you get to support a small, local business at the same time. It's a win-win!

REPOST @snickersv: I love calling this place home 🖤” So do we! ☺️ These views will never get old… 🏔

Whether you’re visiting the city for the very first time or you’ve lived here your whole life, there is no denying that Bend is a great place to be. If you’re like us, you may have exhausted your ...
August 6th  |   Central Oregon, Local Happenings, Neighborhood Insight
11 Fun + Unique Tours You Have...
Over the last year, we’ve grown accustomed to cancelled or postponed events, COVID safety protocols and other adjustments to our daily routines. Throughout it all, one of the most consistent “safe” ac...
March 10th  |   Cannon Beach, Central Oregon, Hood River, Neighborhood Insight, Portland, Southwest Washington, Travel
15 Outdoor Adventures to Do Th...