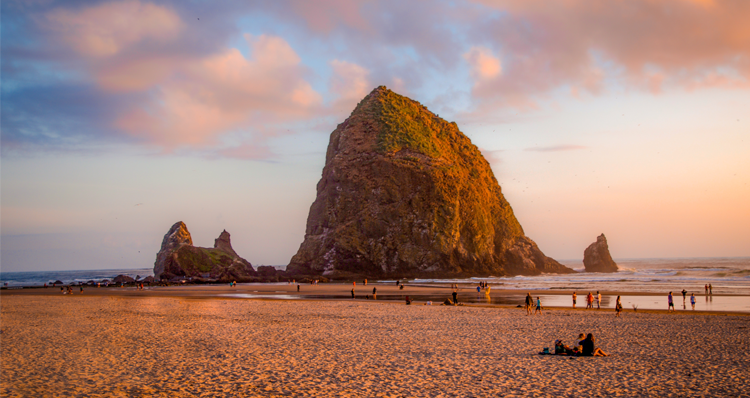 At this point, we all know the basics about Cannon Beach, like the iconic Haystack Rock, the shops and restaurants along Hemlock, and the annual sandcastle contest. But there are several fun and interesting facts about this quaint, coastal town you may not know!

For instance, did you know Cannon Beach has the largest population of Tufted Puffins in the state? Or that it wasn’t originally called Cannon Beach at all?

Read on to learn all about that — and many more interesting facts about this beloved coastal town.

1. Haystack Rock Makes an Appearance in the Opening Scene of The Goonies

2. Cannon Beach Was Included in Thrillist’s List of The 20 Greatest Beach Towns in America

Sure — Cannon Beach easily makes its way on lists about the best beach towns along the Oregon Coast, and even along the entire West Coast. But earlier this year, Thrillist included it on an extensive list of The 20 Greatest Beach Towns in America, which extends from the Mid-Atlantic to New Jersey and the West Coast to Michigan. “At once abuzz and sleepy, Cannon Beach is home to one of Oregon’s most recognizable icons in Haystack Rock, which rises from the Pacific like the centerpiece of a titan’s rock garden,” it reads. “That Goonies-famous landmark might be the postcard star, but tiny Cannon — with its dog-thronged beaches, smattering of restaurants, wealth of breweries, and overabundance of galleries — is bursting at the seams with treasures.”

3. Haystack Rock is One of the Most Photographed Landmarks in Oregon 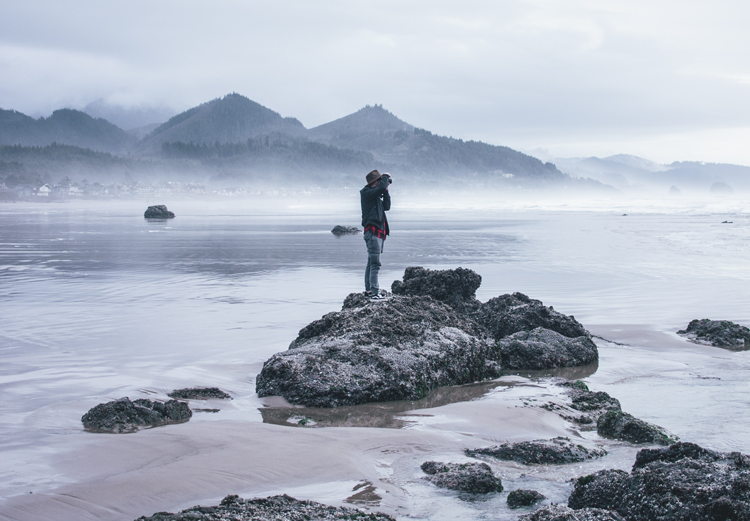 Not only is Haystack Rock one of the most prominent landmarks in the state of Oregon — it’s also one of the most photographed. And it’s easy to see why! Whether it’s a gloomy, rainy day or a bright, sunny one, this enormous basalt rock is quite the sight to behold. If you’d like to bring the beauty of Haystack Rock into your home, check out the work of local photographer Thomas Robinson of Cannon Beach Photo, who has captured more than 2,000 images of Cannon Beach, including a collection of stunning Haystack Rock photos.

4. There Are Lots of Bunnies in Cannon Beach

The bunny community in Cannon Beach may be as famous as Haystack Rock. You heard us correctly — there are hundreds of bunnies hopping around town, specifically around the southern edge of town and in Arch Cape. It is believed that a family let some bunnies loose several decades ago, which inspired others to follow suit. While this may seem like an adorable “problem” to have, it has become just that — a problem. If you’d like to help, the city asks that you do not feed the bunnies. You can also support Cannon Beach Bunny Rescue, which was formed in 2018 to help rescue and rehome bunnies in the area. 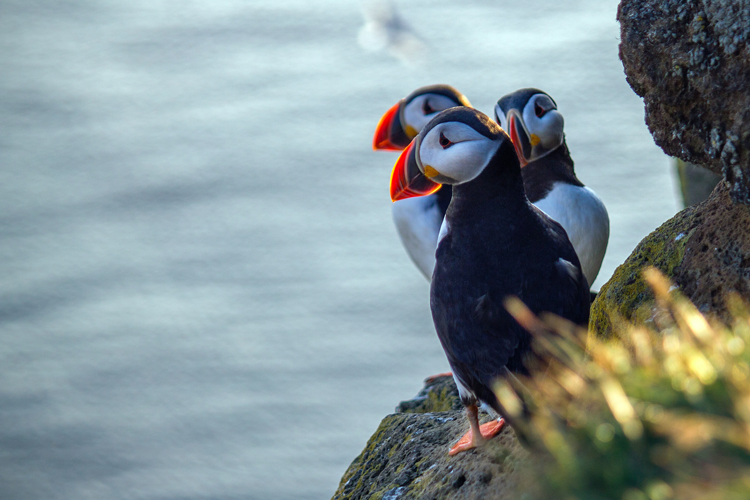 If you’ve visited Cannon Beach between early spring to mid-summer, you’ve likely been amongst other visitors of the feathered variety. Cannon Beach has the largest Tufted Puffin colony in the state. They arrive as early as April but July is often the best time to catch a glimpse of them atop Haystack Rock, where they build their nests. Haystack Awareness volunteers are often situated at the base of the rock during the high season to help you spot these famous birds. And the town is so passionate about preserving them that fireworks have not been allowed in the area for several decades.

While it’s definitely considered the “off season,” there are still several reasons to consider visiting Cannon Beach during the winter and early spring. Between mid-December and mid-January, nearly 20,000 gray whales travel along the Oregon Coast between Alaska and Mexico and can easily be spotted off the shoreline at Cannon Beach. These 35-ton beasts make their way south for warmer waters at the start of winter and head north to cooler waters at the start of spring. And during peak migration, you could potentially see as many as dozens of whales passing by at a time! Use our whale watching guide so you know where to go, what to bring and what to expect.

7. There is More Than One Haystack Rock 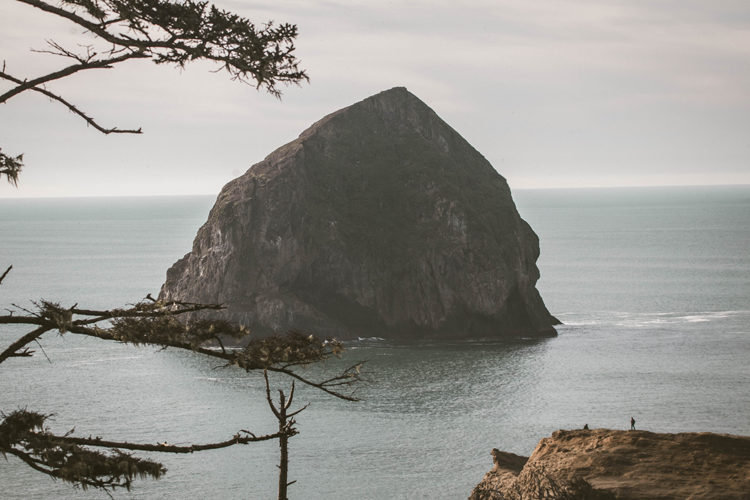 That’s right! There are other impressive rocks lining the coast that have the same name as the one we know and love in Cannon Beach. There’s a smaller one in Bandon and a quite sizeable one in Pacific City, which are both included on our list of The 14 Best Beach Towns to Visit Along the Oregon Coast. Take a scenic drive along the coast to visit each of the three Haystack Rocks, taking in breathtaking sights and attractions along the way.

Sometimes, something beautiful can emerge from a disaster. That’s certainly the case for the origin story of the Cannon Beach Sandcastle Contest, which takes place along the beach each June, inviting visitors and locals alike to show off their creativity and compete for the title of best sandcastle. The first occurrence of this annual event goes back to the tsunami of 1964, which hit Cannon Beach and washed out a bridge connecting the town with the rest of the coast. Locals decided to stay occupied by hosting a sandcastle contest, and the rest is history!

9. Clark Was the First to Rave About the Beach 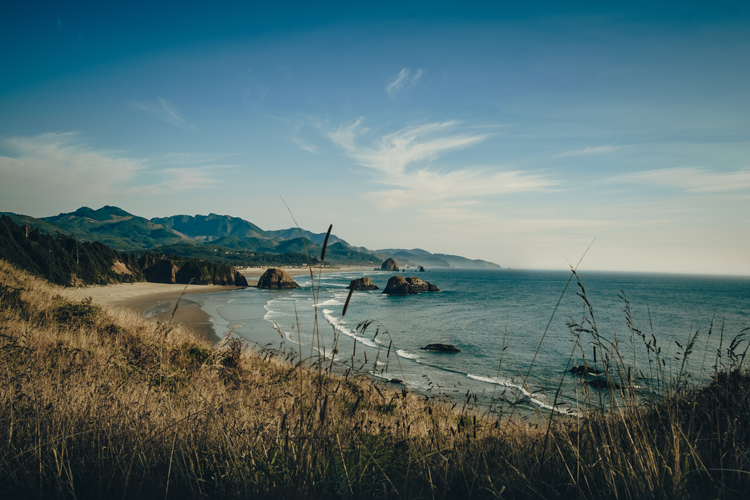 While the admiration of Cannon Beach is now quite widespread, you could say William Clark was the first to formally document his rave review. In early 1805, the Lewis and Clark Expedition crew was spending the winter at Fort Clatsop, just 20 miles north of what is now called Cannon Beach. Clark heard about the area after two members returned to camp with blubber from a whale that had beached itself near the mouth of Ecola Creek. While he gazed out over the western cliffs of the headland, he proclaimed it was “…the grandest and most pleasing prospects which my eyes ever surveyed, in front of a boundless Ocean…” That spot on a hiking trail from Indian Beach in Ecola State Park was later called “Clark’s Point of View.”

10. It Was Originally Called Ecola Creek

Believe it or not, Cannon Beach was not always called Cannon Beach. In fact, it went through a couple of name changes over the years. William Clark called the creek running through the northern edge of town “Ecola Creek,” after Ehkoli, a Chinook word for “whale.” The name of both the creek and surrounding community was later changed to Elk Creek. In 1846, a cannon from the US Navy schooner Shark washed ashore, a few miles south of town. The cannon was rediscovered in 1898 and inspired a name change for the community in 1922. The creek named Elk Creek returned to its original name, Ecola Creek, to honor Clark’s original name.

11. No Chain or Big-Box Stores Are Allowed in Cannon Beach 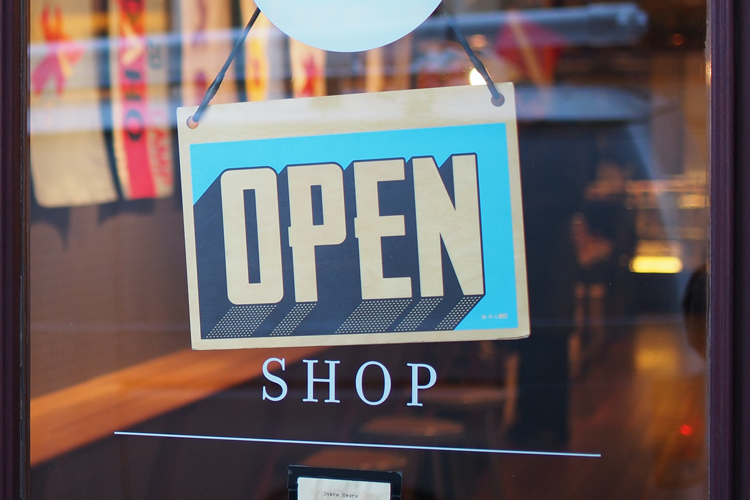 If you feel like you’ve stepped into a quaint, timeless town when you visit Cannon Beach, it’s by design. The town has purposefully not allowed chain or big-box stores, such as Safeway and McDonald’s, to build in Cannon Beach. This helps preserve the small-town feel and uplift the local economy. Instead, you’ll find locally owned shops, coffee shops, restaurants and other small businesses lining the streets.

12. There are Four State Parks Within 10 Minutes of Cannon Beach

To say outdoor recreation abounds along the coast is an understatement. In fact, there are four state parks within 10 minutes of Cannon Beach, including the well-known Ecola State Park to lesser-known gems like Hug Point State Recreation Site. Whether you live here or you’re just stopping by, there are plenty of nearby state parks — and unbeatable ocean views aplenty.

And Now You Know!

What other interesting facts do you know about Cannon Beach? We’d love to know!

Oregon and Southwest Washington are both home to thriving communities full of incredible locals, small businesses and outdoor recreation opportunities. So it is no surprise that our region consistently...
November 3rd  |   Cannon Beach, Central Oregon, Hood River, Neighborhood Insight, Portland, Southwest Washington
10 Reasons We're Thankful to L...
While you can crab along the Oregon coast all year long, most locals will tell you that the fall is the best time to go. Beginning in September, crabs will tend to be more “filled out” and there will be a...
October 22nd  |   Cannon Beach, Neighborhood Insight
7 Crabbing Tours to Take Near ...