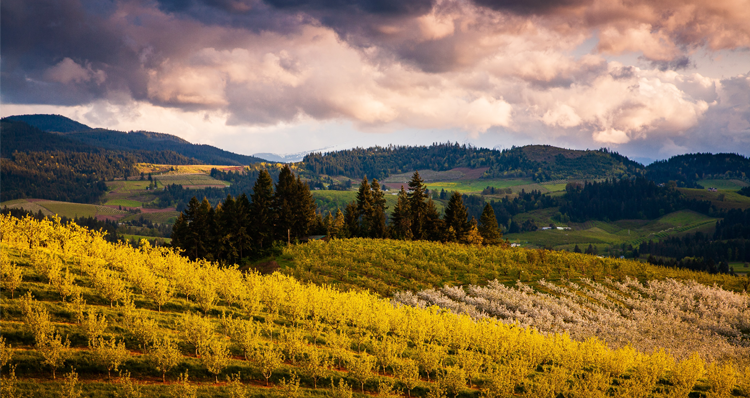 Boasting a thriving kiteboarding culture, craft breweries and restaurants, and breathtaking scenery, Hood River is a well-known destination in the Pacific Northwest for day trips and weekend adventures. But have you ever considered living there?

This small town in the Columbia River Gorge provides the lifestyle many are craving — access to the outdoors, a tight-knit community feel, and a more laid-back way of life. If you’re on the fence about moving here, we might just be able to convince you! From data-driven statistics to alluring attractions, there’s so much to love about living in Hood River.

What are you waiting for?

1. It Has a Small Town Feel 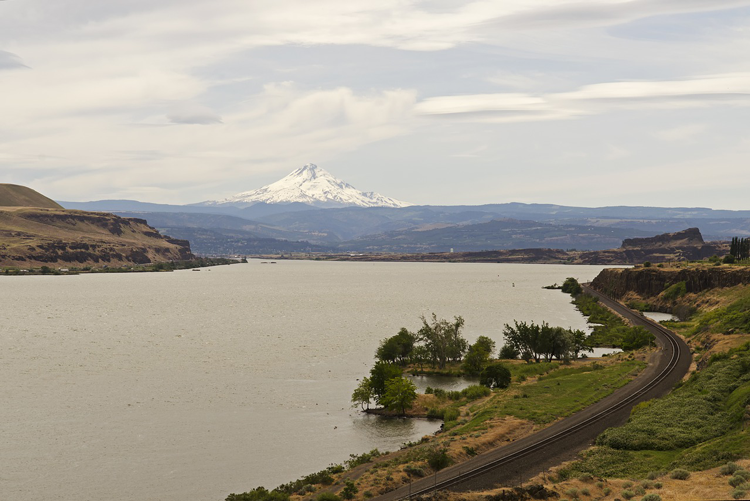 Hood River has a tight-knit, small town feel. In fact, it is quite small in numbers! According to World Population Review, the estimated 2020 population of Hood River is just 8,086. Here, people get to know their neighbors, they invest in the community and there is a sense of camaraderie amongst locals. With a smaller residential population, there’s a unique opportunity to get to know people and get involved with community matters.

With that small size, it’s nice to know that it is steadily growing in popularity, especially as many are starting to migrate from larger cities to small towns. Since its incorporation in 1895, Hood River has seen a steady increase, especially from 1990 to 2010 when the population nearly doubled. This growth is indicative of promising things to come for this town, in regards to both real estate investments and overall quality of life. 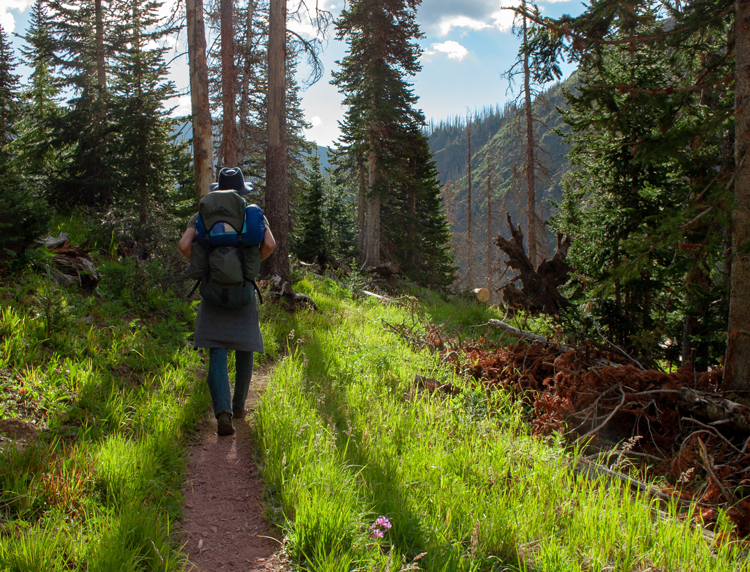 To say Hood River is an outdoorsy town is quite the understatement. Not only is it called the “Windsurfing Capital of the World” for its thriving kiteboarding community, but there is so much to do outdoors here, from hiking and biking to skiing and snowboarding. In fact, many move here just for the access to outdoor adventure — either down in the Gorge or up on top of Mount Hood, and every trail, river and lake in between.

4. It Is Focused on Local Businesses

With a smaller town often comes a focus on all things small business. And that is certainly the case with Hood River! There are plenty of small shops and boutiques lining Oak Street in the heart of downtown, selling everything you’ll need, including gifts, clothing, home decor, children’s books and toys, spices, jewelry, outdoor gear, and more. Residents and tourists alike enjoy supporting locally owned businesses with their purchases, while shopping, dining and drinking! 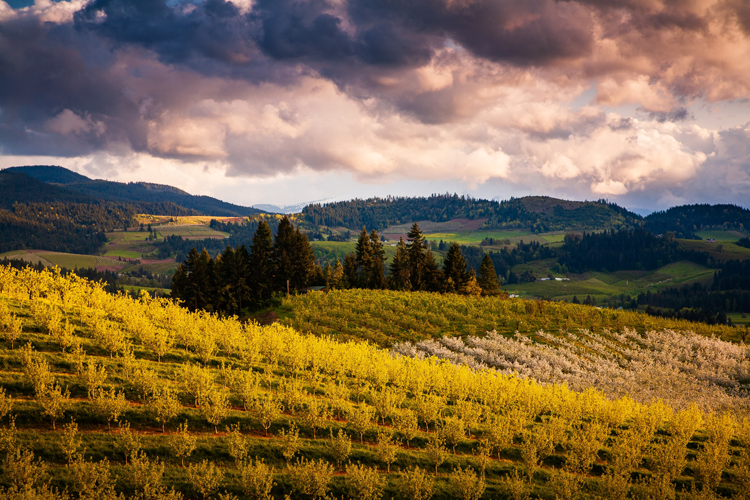 Many move to Hood River to retreat from the hustle and bustle of city living. Many homes in Hood River are positioned to enjoy nature, or at least easily access it! The pace of life is slower here, as there is less traffic (both on wheels and foot!), towering buildings, and other staples of larger metropolitan areas. This spirit is reflected in interactions as well — in general, many are not as hurried or stressed.

6. There Are Plenty of Restaurants + Breweries

There’s plenty to do, see, taste and experience in Hood River. There’s a restaurant for every craving — some of which offer astounding scenic views on the side! Plus, there are tons of breweries to choose from in the region, as well as places to sip wine along the Hood River Fruit Loop. Residents and tourists alike will never run out of places to wine and dine in Hood River. 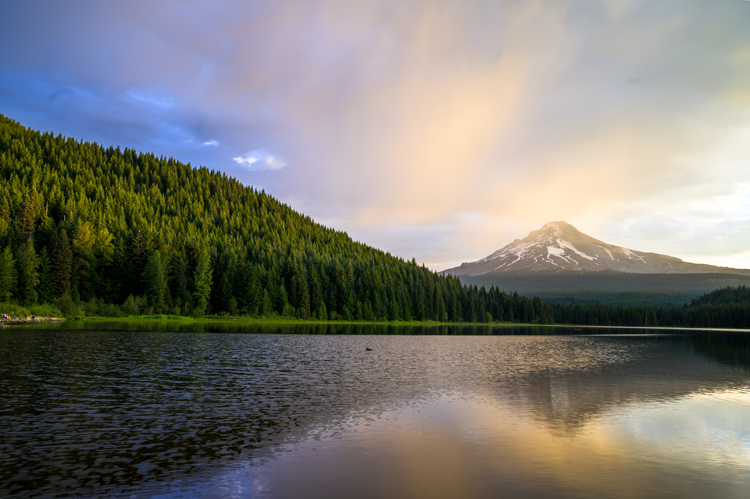 Reaching an elevation of 11,249 feet, Mount Hood is the highest point in all of Oregon and the fourth highest in the Cascade Range. Plus, Mount Hood is one of the most climbed mountains in the world, making it a prominent and must-see mountain for Pacific Northwesterners. Visible from many vantage points in Hood River and surrounding communities, this towering mountain is both a stunning backdrop and a popular destination for outdoor recreation all year long. Use our comprehensive guide to learn more about this impressive mountain and all it has in store.

8. The Weather is Pleasant

Although it’s not far from Portland, Hood River has a noticeably different climate. According to BestPlaces, Hood River has half the rainfall inches Portland does, and less than the average inches per year in the U.S. It receives quite a bit more inches of snow than Portland does, which is ideal for the snow sports Hood River residents love. The data shows about the same number of mostly sunny days for both Portland and Hood River, but residents claim there is much more sunshine in Hood River.

Not to mention, temperatures are relatively moderate in Hood River all year long, so you won’t have scorching hot summers or extremely cold winters. The average temperature in the spring is 46 degrees, 62 degrees in the summer, 49 degrees in the fall, and 34 degrees in the winter.

9. There are Lots of Annual Events 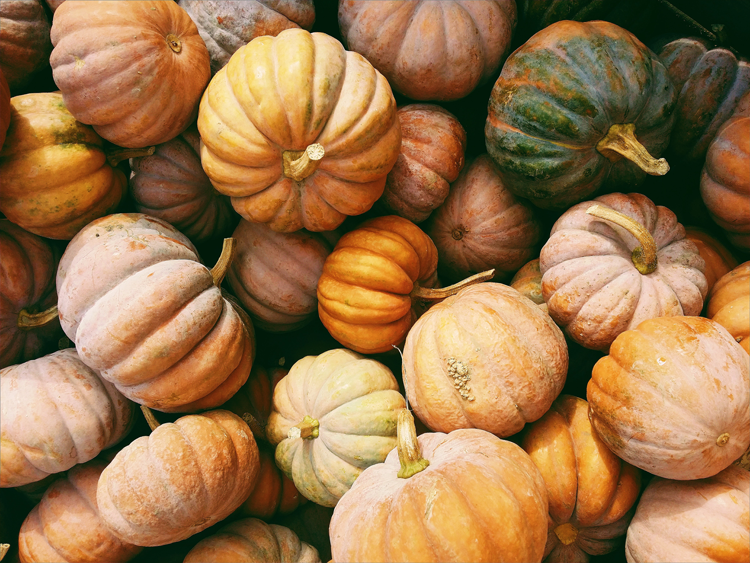 Winter, spring, summer or fall — there’s always something going on in Hood River. There are so many annual events to look forward to throughout the year, including the Hood River Hard-Pressed Cider Fest in the spring, the Hood River County Fair in the summer, Hood River Valley Harvest Fest in the fall, and the Hood River Holiday Parade & Tree Lighting in the winter. The community comes together no matter the occasion — or lack thereof!

Sometimes you just need to access big city amenities for large-scale events, additional dining options, the airport, Costco, or sometimes even your job. Thankfully, Portland is only about an hour drive away — and a pleasant drive at that! In fact, the Historic Columbia River Highway is one of the most scenic drives in the state. Hood River residents may access Portland for dining, entertainment, employment and other city amenities, then retreat to the peace and quiet of home in Hood River. 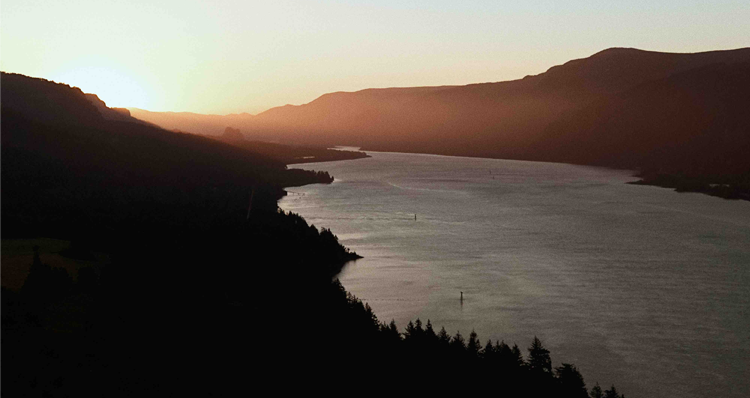 While Hood River contains plenty of attractions and businesses, there’s even more in store throughout the region. Stretching over 80 miles from east to west along the Washington-Oregon border, the Columbia River Gorge is a massive 4,000-foot-deep canyon filled with adventure and beautiful scenery. Locals can visit the many cliffs and viewpoints in both Washington and Oregon overlooking the spectacular Columbia River as it cuts through the Cascades. There are so many things to do, see and taste in the Gorge, from waterfall hikes to kiteboarding, and local breweries to fruit orchards.

12. There Are Plenty of Beautiful Homes

With an average sale price hovering between the mid-to-upper-300s to the lower 400s, housing prices in Hood River are a bit higher than surrounding cities, including Portland. However, this is promising for the buyer hoping to make a solid investment, or purchase a secondary residence for income as a vacation rental home. There is a wide variety of homes for sale in Hood River, ranging from luxury homes along the river to starter homes in a neighborhood setting.

Still on the Fence?

We might be able to convince you! Contact our Hood River office for more information about real estate and the overall lifestyle of this charming, outdoorsy town.

In 2020, we talked a lot about space. Maintaining 6 feet of space from others. Spacing out tables at restaurants. And while many of us found ourselves working and schooling from home, we longed for more spa...
January 20th  |   Hood River, Neighborhood Insight, Portland, Southwest Washington
8 Oregon Homes for Sale With L...
You may picture Hood River as a summer destination, and rightfully so! This town situated at the confluence of the Columbia River and Hood River is known as the “Windsurfing Capital of the World,” afte...
January 15th  |   Hood River, Neighborhood Insight
Things to Do in Hood River, Or...