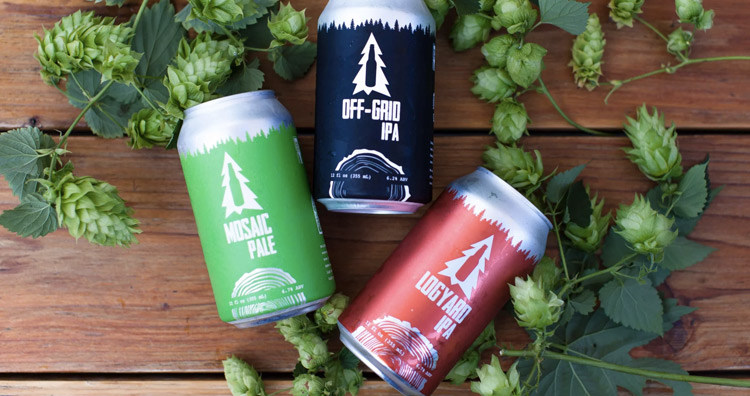 In our opinion, nothing pairs better with a craft beer than an awe-inspiring view. You’ll find this exact combination at the many breweries in and around Hood River, as many overlook either the Gorge, the Columbia River, Mount Hood — or sometimes a combination of all three.

Craft beer is certainly on the rise in this kiteboard-obsessed town, as a number of independent craft breweries have popped up in Hood River (and nearby towns!) over the last several years. Fueled by a love for the outdoors, community, and of course, craft beer, these innovative brewers are making waves in this industry the state of Oregon has mastered so well. See how many of these breweries in the Gorge you can check off your bucket list!

A lot has changed in Hood River since Full Sail Brewing Co. began back in 1987, including their manual bottling methods and the culture of Hood River, but many things remain the same. This dedicated team of beer fanatics still crafts their beers by hand, their hops and barley still come from trusted local farms, and they remain committed to protecting the environment. Duck inside this cozy brewery housed in a former cannery and taste one of their award-winning beers, including the approachable Session, the Amber Ale, the Atomizer IPA or one of their specialty series beers. Full Sail Brewing Company proves that great beer calls for great food — making them one of our favorite restaurants in town. Along with their award-winning brews, they offer a full menu using fresh and locally sourced, sustainable ingredients. 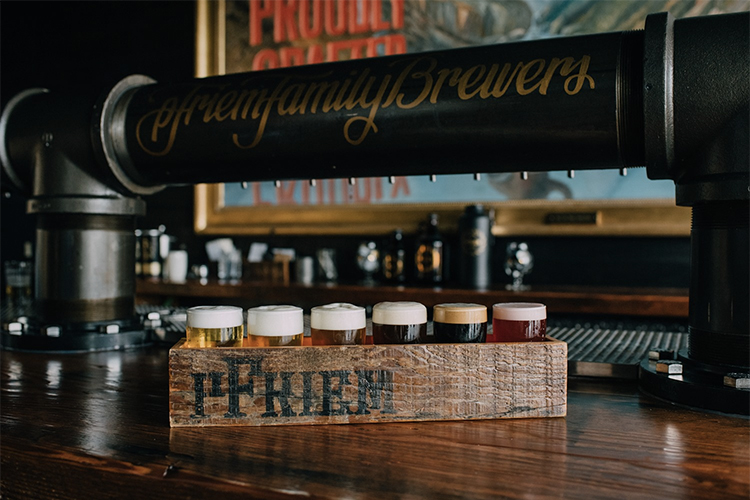 The story of pFriem Family Brewers began the way many breweries take form — with a deep love for craft beer. Friends Josh Pfriem, Ken Whiteman and Rudy Kellner joined their unique skill sets and passions together to create the brewery in 2012, and the rest is history. Situated along the waterfront, pFriem is well worth a visit — for the awe-inspiring views, delicious pub food, and of course, the beers themselves. Stick with the classics, pair a meal with a select brew, or toast to a special occasion with a barrel-aged beer. Influenced by the great brewers of Europe, pFriem beers are an excellent accompaniment for every season and occasion.

After several years at another Hood River brewery, Matt Swihart set off to create his very own. He wanted to brew aggressive beers that combined a variety of styles — beers that were robust but drinkable, in order to truly bring out the art of fermentation. Thus, Double Mountain Brewery was born. The brewery was so successful in the early days that they were unable to keep up with production due to the high demand of their unique, delicious beers. They had to expand into the building next to them here in Hood River and have since opened a new taproom in Portland. They currently make four year-round beers along with a wide ever-changing variety of seasonal brews, one-offs, experiments and labors of love. But all beers at Double Mountain feature Pilsner malt from Gambrinus Malting in British Columbia as the base ingredient, supplemented by various high-quality specialty malts and often copious amounts of hops.

Ferment is a relatively new, modern brewery that fuses traditional farmhouse techniques with a forward-thinking scientific approach. Brewmaster and Director of Operations Dan Peterson used his love for science and background as a lab tech as he spent eight years in New York developing his brewing skills before moving to Hood River. He then spent several more years at both Full Sail and pFriem before starting Ferment in 2018. “Born out of an appreciation for the art of fermentation, Ferment offers a unique family of beers and kombuchas that tap the wild terrain of the Columbia River Gorge for inspiration and foraged ingredients” (from the Ferment Brewing website). Sample their signature, seasonal or single-batch beers in their gorgeous modern taproom offering incredible views of Hood River — and if you only try one, make it their Pale Ale, which took home the gold at the 2019 Great American Beer Festival.

While Big Horse Brew Pub is temporarily closed for renovations after suffering a fire that started in the kitchen, no list of Hood River breweries would be complete without it. In fact, Big Horse opened their doors in 1988, making them the oldest brew pub in town! Brewmaster Neil Brent brews their beers on a four-barrel system, creating unique small batch beers just 960 pints at a time. This small-batch approach allows them to offer a variety of ales and lager styles, and to ensure each is poured at its peak of maturity. You’ll always find eight beers on tap here, including some that are only available in their casual pub in the heart of downtown Hood River. Follow Big Horse on Facebook to keep an eye out for their re-opening! 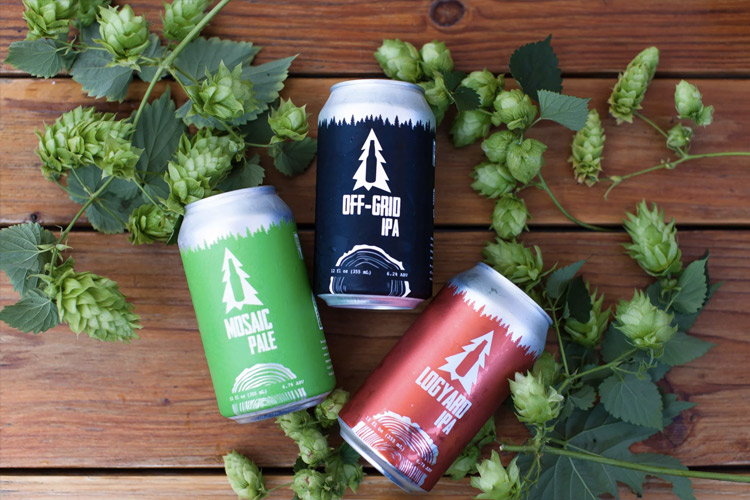 Make a special trip to Carson to visit Backwoods Brewing Company, situated where the Gifford Pinchot National Forest meets the Carson valley. The team at Backwoods is comprised of brewers and staff who are all family and friends working together with camaraderie. Local Jim Waters taught his sons the art of homebrewing before they went to college, and the boys returned to their hometown of Carson to start the brewery in July 2012. The first beers were brewed on a small one-barrel system, then the production moved to a seven-barrel and eventually the 20-barrel system that is still used today. You can find their year-round and seasonal brews at their Carson pub, their Portland pub, and at several stores, pubs and restaurants throughout the Northwest.

Freebridge Brewing is thoughtfully crafting Northwest Ales and German Lagers at their brewery housed in a historic building called The Mint in The Dalles. The first brewery in town, Freebridge Brewing was born out of a dream of a fifth-generation Oregon ranch family, Steve Light and Laurie Petroff-Light, former home brewers with a passion for community and craft beer. The story of the title “Freebridge” is packed with history as well! Make your way to this historic-yet-modern brewery in The Dalles to try their stunning craft beers and artisan food. They pride themselves on their pilsner and lager, which many small breweries don’t take the risk on, as they take much longer to produce than other styles.

Established in 1999, Walking Man Brewing is nestled in Stevenson, Washington near the Bridge of the Gods. And shortly after, in late 2000, the brewery began impacting the Northwest craft beer scene and has been garnering attention and awards ever since. Walking Man uses a 17-barrel system with a single infusion mash tun, steam fired kettle and open fermenters. They brew their beers in an old school method, stirring every batch by hand. Walking Man produces roughly 1,000 barrels each year and distributes them along the I-5 corridor, from the Puget Sound in Seattle all the way down to Portland, and throughout the Gorge region. Don’t miss their Walking Man IPA, their well-balanced, citrusy flagship IPA that has won several awards, including a World Beer Cup Gold.

Located just across the river in White Salmon, Everybody’s Brewing is crafting high-quality, ground-breaking, refreshing brews for all to enjoy in an environment that feels like home. The family-friendly pub offers exceptional Mount Hood views and serves a locally sourced menu alongside their ever-changing list of brews, from the award-winning Cryo IPA to their rich and smooth Cash Stout Oatmeal Stout. We can’t state it any better than they do: “Everybody’s embodies just what the name suggests; a beer and a place for everybody. A lot of folks capitalize on the exclusivity of their product or location, but not us. We believe in the power of the shared human experience and strive to provide that to all, be it with a laugh and fresh pint at our pub, a six-pack split between friends on the river, or a bottle of your favorite brew after a long, hard day.”

While Thunder Island Brewing Co. has been serving up creative and innovative beers since 2013, they recently broke ground at their brand new brewery and taproom on Main Street Cascade Locks in August 2019. Thunder Island creates “crushable” beers inspired by a love for outdoor adventure with a nod to local history — plus a respect for all that the scenic Columbia River Gorge has to offer. They use a 7-barrel system to create an array of delicious beers, from refreshing IPAs to creamy stouts. There is no better place to be on a sunny day than Thunder Creek, as the outdoor patio offers a breathtaking view of the Gorge. See what they’re currently pouring on their tap list, which is updated every 15 minutes.

Situated along the southernmost point of the Hood River Fruit Loop just 20 minutes south of Hood River, Solera Brewery offers one of the most spectacular views of Mount Hood in the area. Relax in the back patio area on a clear, warm day to take in the views with a refreshing beer in hand, or retreat to their cozy theater-turned-taproom on a cold, rainy afternoon. Wherever you’re sitting, enjoy one or two of their unique beers made in small batches. Their Hedonist IPA is a favorite amongst locals and is the only beer you will find on draft all year long. You can always try something new at Solera, as their tap list changes regularly as they experiment with new creations!

Use our Guide to the Hood River Fruit Loop to guide you on the rest of your scenic 35-mile drive.

What breweries in the Hood River area are your favorites? Let us know in the comments below!