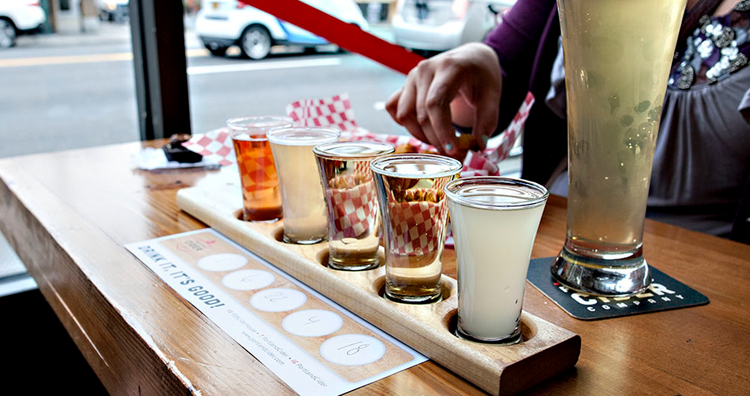 Where to Get the Best Hard Cider in the Portland Area

Portland is situated among some of the most famous apple orchards in the country, including Draper Girls Country Farm, Kiyokawa Family Orchards, Sherwood Orchards and many more. So it’s no surprise that there are plenty of places to get hard apple cider in the area.

Venture to these Portland cideries and taphouses to sip on some delicious locally made ciders! While cider tastes wonderful all year long, it’s definitely a fall necessity… 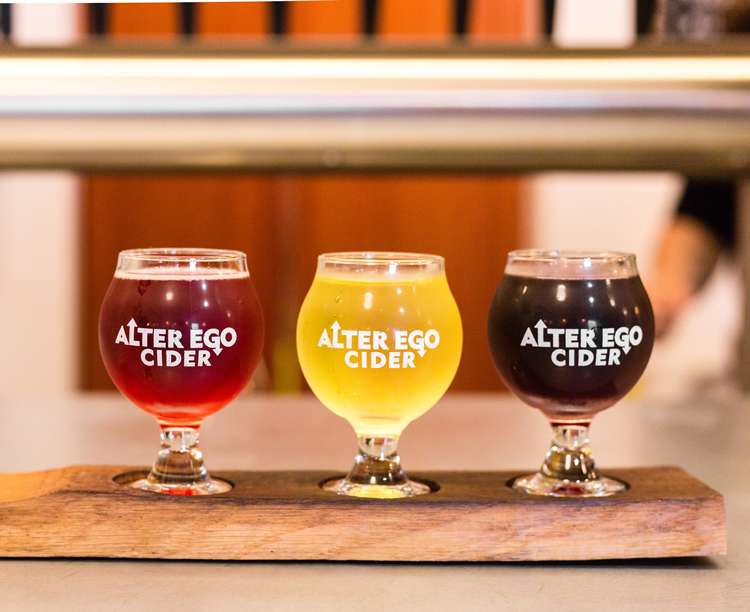 Nestled in a corner of the Hosford-Abernethy neighborhood, Alter Ego Cider’s brand new taproom is one of our new favorite places to spend an afternoon. Their brick-and-mortar location features a no-fuss bar, outdoor picnic tables and hanging filament bulbs where you can relax with one of their innovative ciders. Not a huge cider fan? No worries, Alter Ego also offers a wide range of craft beers and a handful of wines from Helioterra Wines.

Inspired by the landscape, culture and the sheer abundance of fruit in the Pacific Northwest, AVID Cider Company crafts delectable hard cider using only the freshest local ingredients around. The cidery began due to the lack of a variety of ciders in the Northwest in 2013. While the cider market is definitely bursting with different brews today, AVID Ciders still has some of the best. Try one (or three) of their award-winning ciders at their taprooms in Portland and Bend. 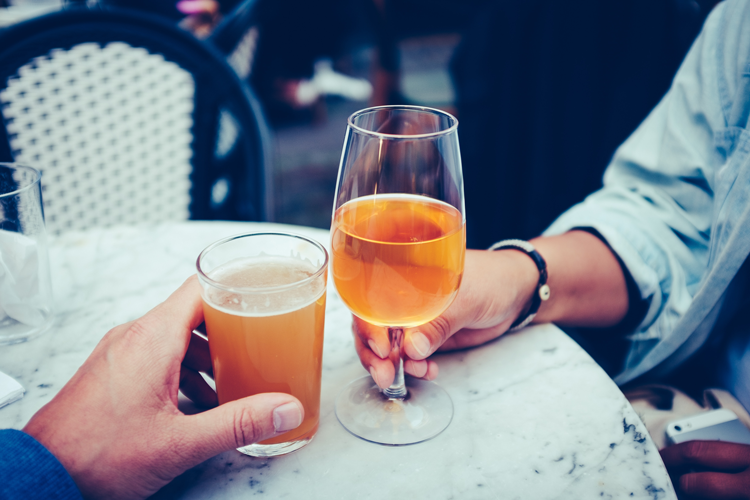 We definitely couldn’t create a list of the best places to get cider in Portland without including Cider Bite, a one-of-a-kind cider house in the Pearl District. Here, you can find one of the biggest selections of craft cider in the city, with ciders available on draft and in bottles from cideries all around the PNW. In addition to being a fabulous place to try ciders, they also offer a full menu of apple-focused dishes made with local ingredients.

Cider Riot! opened in 2015 and has quickly become a go-to source for hard cider in the Portland area. Thankfully, they decided to open a tasting room so people can enjoy their ciders on site instead of hunting for them around town. Their cozy tasting room is certainly a fun place to be, but it’s the quality of their ciders that has put Cider Riot! on the map. With several ciders on tap at a time, you’ll have plenty of flavors to choose from—such as their Burncider, Everybody Pogo, Everyday Berry and New Wave. 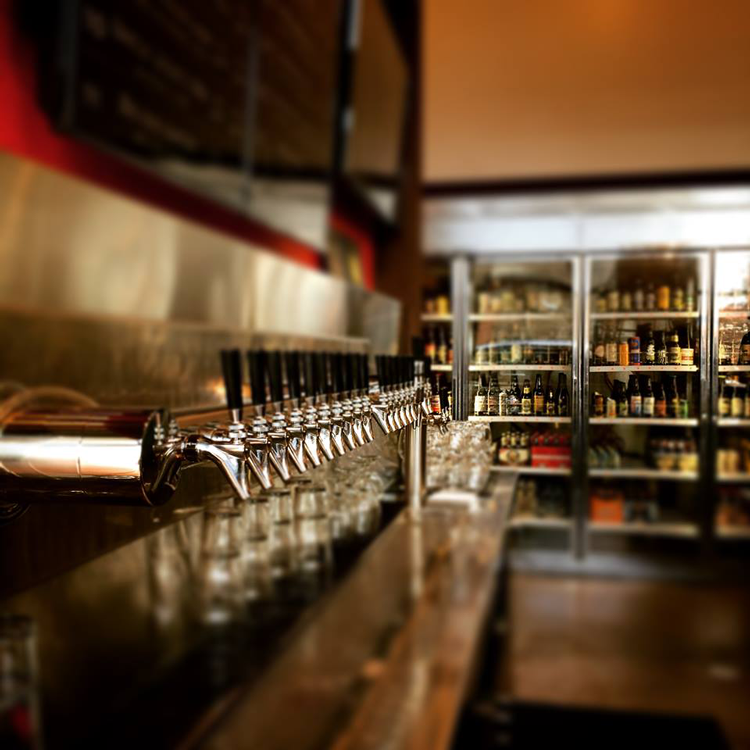 With only six ciders on tap, Civic Taproom doesn’t offer the largest selection in Portland, but each choice is delicious—whether it’s Fresh Hopricot from Reverend Nat’s or a creation from Xylem. Plus, they also have several taps full of locally brewed beer and wine, so even your cider-hating friends will have a grand time.

New West Cider is another venture from the masterminds behind Sasquatch Brewing Company. You can find their creations in many bars and restaurants around the Portland area or stop by their taproom in the Northwest Industrial District where you can order food—including sandwiches, soups and salads—along with one of their crisp ciders. 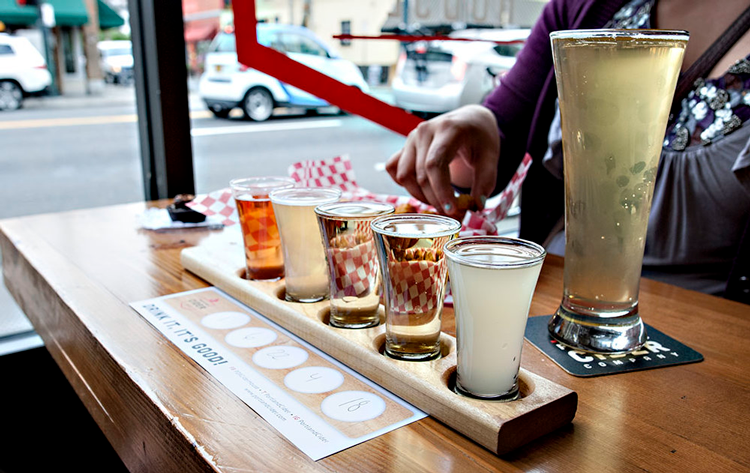 The Portland Cider House is a destination cider pub located on Hawthorne. They feature over 30 ciders on tap, making it one of the largest cider houses in Oregon and one of the most diverse collections of cider in North America. Stop in the next time you’re in the area and order a pint in their cozy taproom. And if you get hungry, don’t fret. They also offer a wide range of pub food that will satisfy any craving.

Reverend Nat’s was one of the first cideries in Portland to actually make cider popular—and it’s not an accident. Nat’s brings out the weird and interesting in cider, using unique ingredients, like coffee and orange peels to make their creations. But if you only have time to try one of their ciders when you go, make it the Revival, a deliciously sweet dessert cider that Portlanders have been singing about for years. 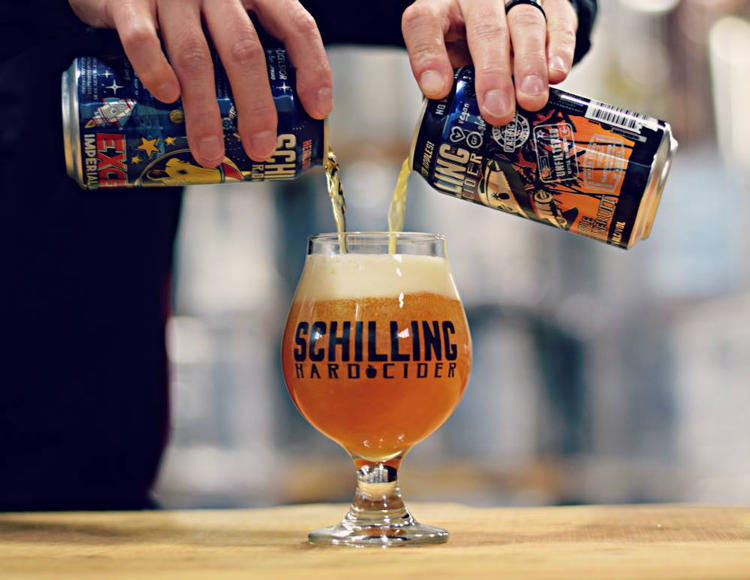 Settled in the former Goat Blocks neighborhood, Schilling Cider House offers the world’s largest selection of hard ciders on draft. Yes, you heard us correctly! The taproom touts 50 taps loaded with house ciders along with other local creations that are all made out of 100 percent fresh-pressed juice. So head to their spacious rooftop patio, which looks out onto the famous Portland neighborhood, and enjoy one of their delicious ciders along with their innovative all-gluten-free food menu.

Let us know which PDX hard ciders you love in the comments!

We are and always have been about supporting local businesses. And with the economic challenges that this year has brought, it’s more important than ever to support small, local businesses this holiday seas...
December 2nd  |   Neighborhood Insight, Portland
Where to Shop for Locally Made...
With all this time at home, let’s be honest — we’ve all spent a lot of hours binging shows on Netflix. And you may have found yourself reaching the end of your Netflix queue as you finished watching Ti...
May 21st  |   Neighborhood Insight, Portland
20+ Movies and TV Shows Based ...