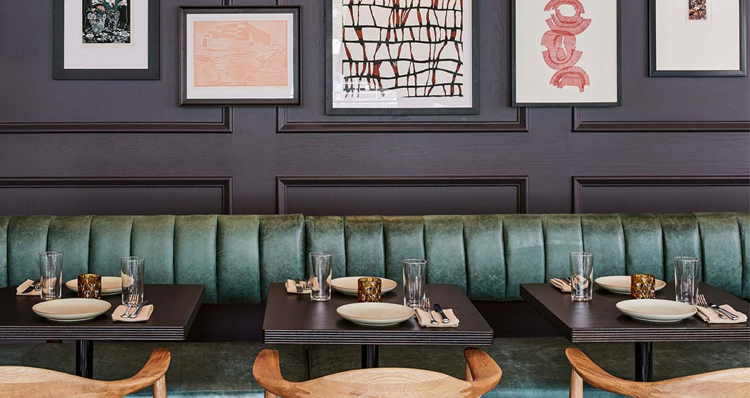 Our 11 Favorite Portland Restaurants That Opened in 2018

From unique food carts to innovative brick-and-mortar concepts, the culinary scene in Portland is always pushing the limits. Each year, creatives in the city produce a myriad of new restaurants worth venturing to — from Parisian neo-bistros to wine-centric, hyper-seasonal cafes.

Let’s take a tasty tour to some of our favorite new concepts from the year, some of which are already winning coveted awards. 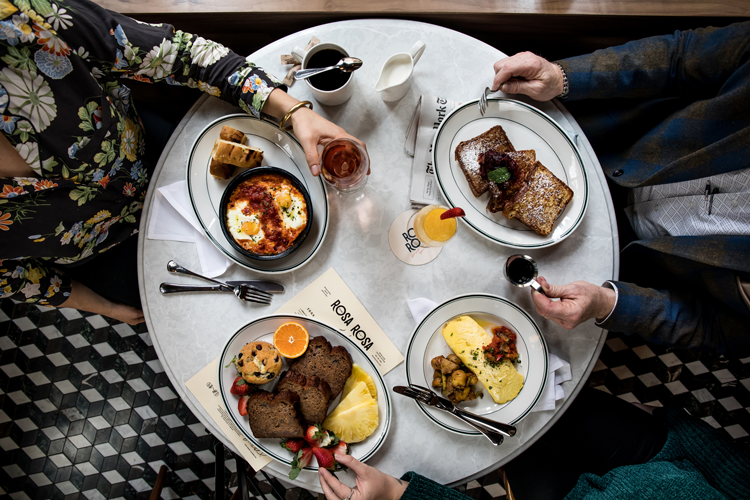 The latest project from the James Beard Award-winning Vitaly Paley and his family, Rosa Rosa is situated on the ground floor of the Dossier Hotel in the heart of downtown. Named after Chef Vitaly Paley’s grandmother and as a nod to the City of Roses, Rosa Rosa invites you to eat and drink as if you are family. Dine at Rosa Rosa for any meal of the day, including breakfast, lunch, or dinner, or retreat to the “Back Room” for an exclusive dinner or a special event. Working alongside Paley, Executive Chef Kenny Giambalvo returns to Portland’s culinary scene after the closure of Pazzo, and the two have created an excellent Italian menu with influence from other countries, including Georgia and Turkey.

This winter, Arden Wine Bar + Kitchen opened in the Pearl District in the former home of Coppia. Although the space is lined with an impressive collection of wines, Arden is more than just a wine bar. This chef-driven eatery is focused on seasonality with each and every ingredient, which means that the menu changes on an almost daily basis. Guests can always enjoy the four-course chef’s prix fixe menu or choose to order a la carte. Coursed wine pairings are offered for the prix fixe of $42, plus there is an extensive selection of wines by the glass and house cocktails. 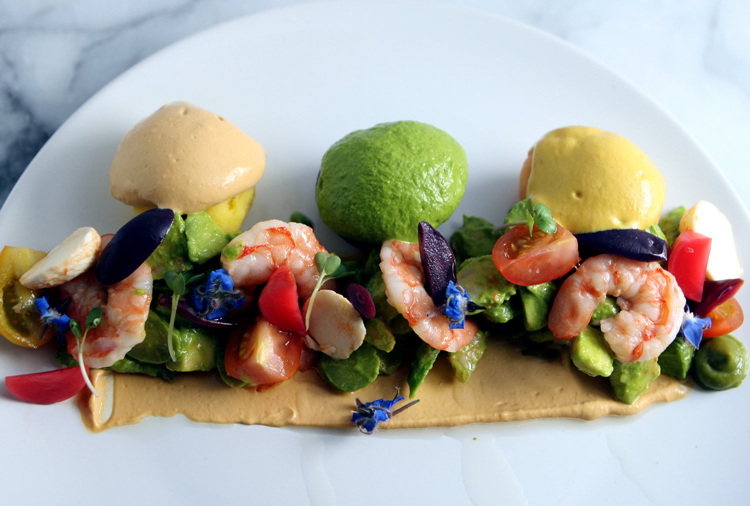 The fact that Casa Zoraya is housed in a cozy house perfectly embodies the spirit of this inviting Peruvian eatery. Casa Zoraya acts as a bridge between the ancient cuisine of Peru with the cuisine of today, creating a rich and vibrant union between old and new. Experience the incredible variety of ancient Peruvian crops alongside the bounty of locally sourced ingredients. The menu includes a mix of classic dishes such as ceviches, causas, seco de cordero, and more. Plus, the decor and lineup of events reflect the colorful culture of Peru in an exciting way.

This cozy counter-serve eatery in Portland’s Alberta Arts District has quickly become a favorite amongst locals. Kargi Gogo was born out of a love for the ingredients, techniques, and recipes that make up the country of Georgia’s unique culinary traditions. Owners Sean Fredericks and McKinze Cook served as US Peace Corps volunteers in the Republic of Georgia from 2010 to 2012, and opened the country’s first and only Georgian food cart in 2013. The rest is history! Their new brick and mortar location focuses on some of the traditional Georgian foods they came to love in addition to some unique interpretations of classic dishes. 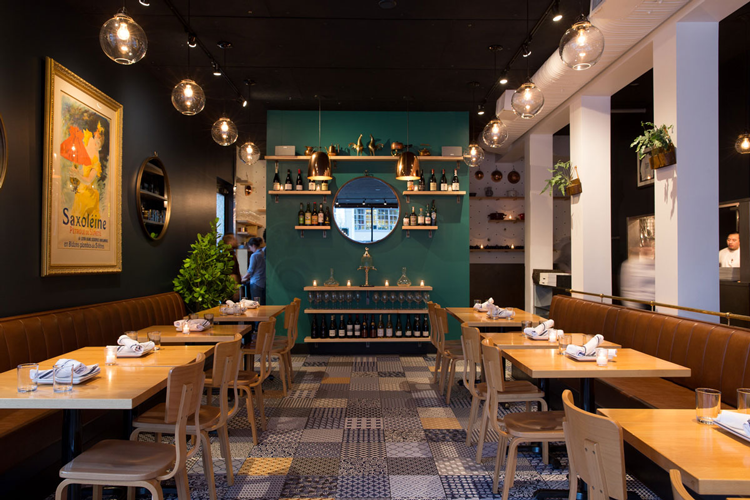 From Greg Denton and Gabrielle Quiñónez Denton, the James Beard Award-winning duo behind Ox, comes Bistro Agnes, serving Parisian bistro fare in downtown Portland’s west end. Bistro Agnes pays homage to Greg’s grandmother, a kindhearted woman who deeply influenced the couple’s idea of hospitality — and the namesake of the restaurant. Bistro Agnes is steeped in the rich history of French cuisine, showcasing classic French dishes and an atmosphere reminiscent of a traditional Parisian bistro. With a less adventurous but equally as delightful menu as Ox, Bistro Agnes gets back to the basics of good old fashioned hospitality and quality ingredients.

Vancouverites are likely well aware of Little Conejo, the unrivaled taco shop in downtown Vancouver. This year, Little Conejo added a taco cart to its repertoire, parking it at the Prost! Marketplace along Mississippi Avenue in Portland. This taqueria takes “artisan” and “authentic” to the next level by grinding their own organic Mexican corn daily to make their handmade tortillas. Plus, Little Conejo sources most of their produce from their partner farm, Phantom Rabbit. You can expect the same goodness, like creative tacos, delectable sides and unbeatable margaritas, at their food cart in North Portland. 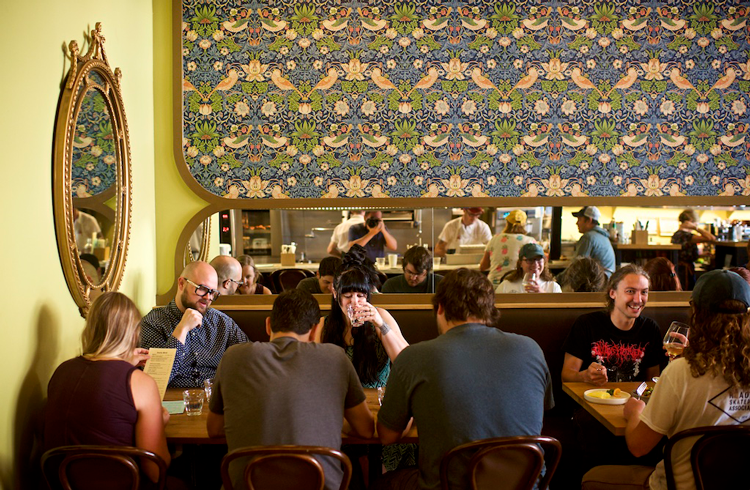 Named Portland’s 2018 Restaurant of the Year by The Oregonian, Canard, which opened this April, is already making an exceptional first impression. Two-time James Beard Award-winning chef Gabriel Rucker is at the helm at Canard, situated along the lively East Burnside. A must-try at this Paris-inspired neo-bistro is the signature “duck stack,” a short stack of pancakes topped with duck gravy, tabasco onions, a duck egg and seared foie gras. The dish is offered (and consistently ordered!) all day and night.

From the folks behind next-door Castagna, OK Omens replaced what was once Café Castagna in Ladd’s Addition. This naturally focused wine bar and restaurant is a more laid-back and approachable counterpart to its more fancy sister restaurant. But the over-the-top attention to detail remains the same. Plus, the wine menu is quite lengthy and relatively affordable, especially during happy hour every day from 10 p.m. to midnight and all day Sunday. 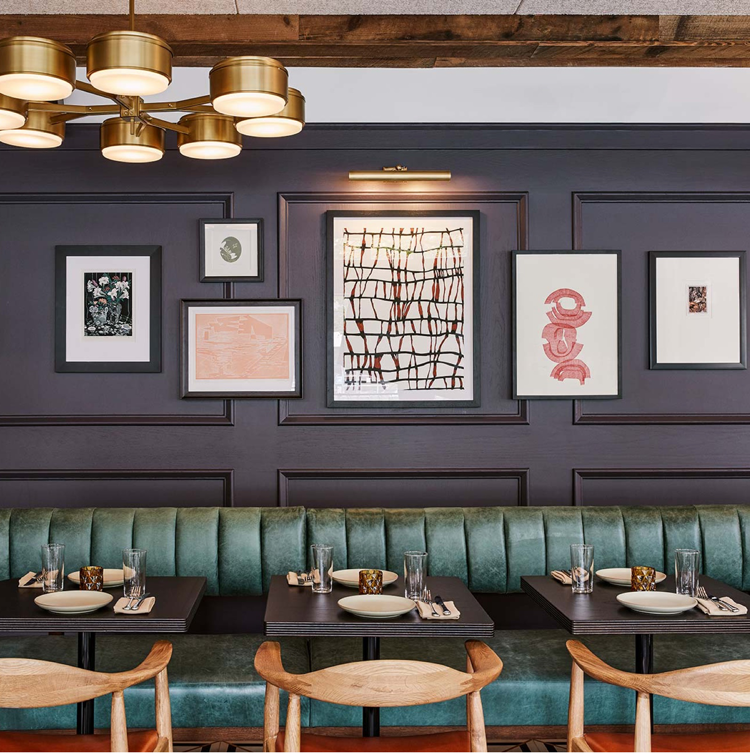 Photo Courtesy of The Hoxton, Portland

Situated on the ground floor of the trendy Hoxton Hotel, La Neta is an all-day dining experience serving Mexican-inspired cuisine rooted in the Pacific Northwest. You can expect nothing but greatness from this lively hot spot from Submarine Hospitality, the same folks who created Ava Gene’s and Tusk. Choose from a myriad of classics with a modern twist, like halibut ceviche, kale quesadilla, nacho caesar salad, beer-battered fish tacos, and more. In case the colorful dishes weren’t enough, the airy and elegant space makes your experience at La Neta even more Instagram-worthy.

Normandie is an eclectic seafood restaurant serving everything from steamed mussels to duck confit panzanella. This coastal-inspired eatery is already making waves in the local food scene. The atmosphere here is simultaneously refined and laid-back, a rare combination in the restaurant space. Drawing inspiration from the similarities of the Oregon and Normandie coasts, the food here is fresh, light, flavor-forward and downright interesting. 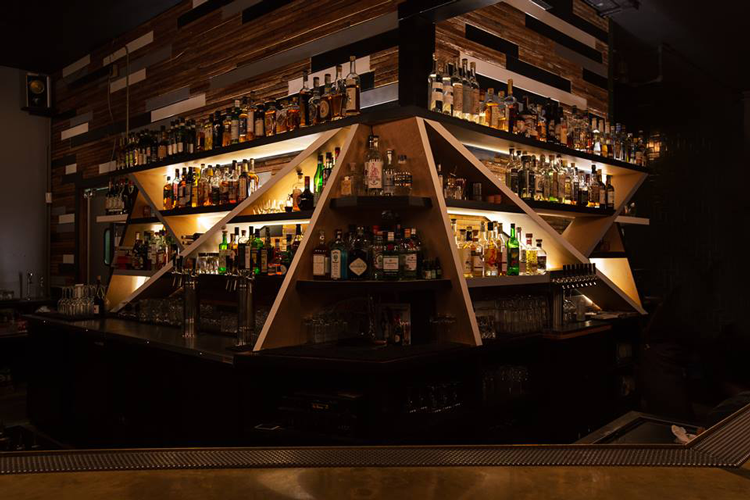 The closure of Associated in Southeast Portland didn’t leave a vacant space for long — as Deadshot and Holdfast soon took over. The latter, a stripped-down, reservation-only upscale eatery, is no stranger to Portland foodies, as it once stood at the entryway to Fausse Piste Winery. The duo operates independently yet complement each other beautifully. Holdfast has kept its fancy, upscale dining experience in tact, offering multiple seatings per night. Deadshot has expanded to operate seven nights a week rather than Mondays only, as it has for some time. Deadshot is a sophisticated cocktail lounge, serving globally inspired drinks, small-batch beers on craft, and a tightly curated list of wines.

Join us in welcoming the new kids on the block!

What 2018 restaurant opening(s) in Portland were you most excited about? Let us know in the comments below!

It’s quite easy to find a good bowl of ramen in Portland. And no, we’re not talking about the sad pack of instant noodles you slurped while hunched over in your college dorm room. We’re talking about ...
March 11th  |   Neighborhood Insight, Portland
The 10 Best Places to Get Rame...
From the bacon boom to the kale craze and every trendy food in between, we’ve seen a variety of food fads over the last several years. But there’s one we hope doesn’t fade away any time soon: avocado t...
March 3rd  |   Neighborhood Insight, Portland
The 13 Best Places for Avocado...