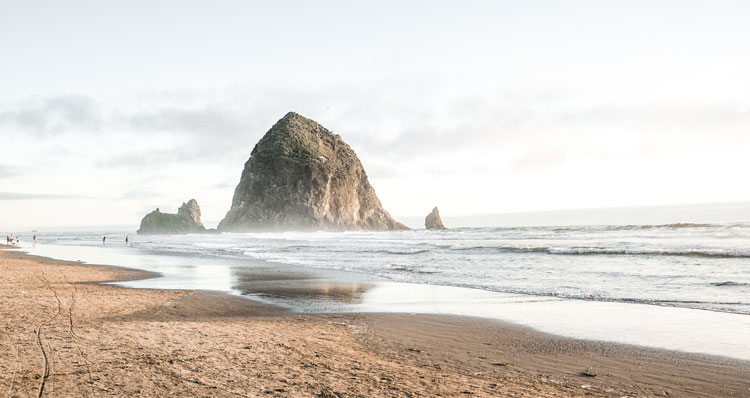 The Hasson Company is Expanding to Cannon Beach, Oregon!

We are thrilled to announce that The Hasson Company is expanding to the Oregon Coast with a new team operating out of Cannon Beach, Oregon!

The Ted Wood Group joins Hasson expanding our service area to the Coast, including the charming seaside communities of Cannon Beach, Manzanita, Seaside, Astoria, and other nearby areas. Led by Principal Broker Ted Wood, the team consists of Emma Molyneux, Marketing Director for the team, and Brokers Jeremy Youngquist, Robin Bair, and Anne Bordelon. We are not opening a new brick-and-mortar office; rather, we have welcomed a team from the area to expand our efforts — providing them with the tools and technology only Hasson Company, Realtors® offers.

Join us in welcoming the newest members of Hasson! 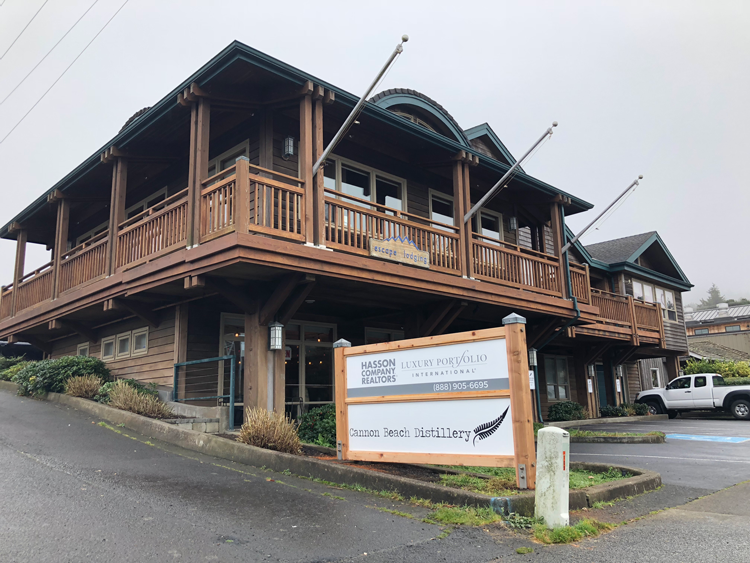 “The Ted Wood Group and Hasson Company share two key business qualities, experience and reputation,” said Steve Studley, Hasson Company CEO. “For more that 35 years, Mike Hasson has proven that when these characteristics align, success for the client increases dramatically. This, coupled with a community that values local ownership and knowledge, building on our regional footprint just makes good sense.”

Ted Wood began his real estate career over 20 years ago as a commercial broker in Los Angeles. It was there that he honed his skills in early negotiation and marketing as he represented developers in the leasing of high-rise office buildings. He later became the managing general partner of a land investment and development company in Southern California, where he negotiated over $150 million in acquisitions and depositions. When Ted returned to his real estate career after a sabbatical in 2013, he accounted for one-third of all company sales. Ted also handles commercial properties. In fact, in 2017, Ted had the largest commercial sale in Cannon Beach — the Blue Gull Inn and Inn at Haystack Rock, which sold for $3,550,000. Ted is valued for his ability to maximize the selling price for properties as well as protect the owner’s equity through careful negotiations.

In his free time, Ted enjoys hiking, climbing, skiing, and cooking. In fact, Ted took a sabbatical from real estate to pursue his passion for cooking by enrolling in Le Cordon Bleu Culinary School in Portland. He then cooked professionally for a number of years before returning to the real estate industry. Several years ago, he was drawn to the Oregon Coast and put down roots in Cannon Beach. Ted enjoys being a part of the local community and representing clients up and down the Coast, from Gearhart to Manzanita.

“[Cannon Beach] has been able to maintain the charm of a small coastal beach town with their strict building ordinances,” he said. “Haystack Rock is iconic. Cannon Beach has been ranked as one of the top 21 beaches in the world by National Geographic. Best of all, it is a short drive into Portland, making it the most sought-after location on the Oregon Coast — and with the highest property values.”

Emma Molyneux has nearly two decades of extensive experience in both marketing and sales. She has worked both domestically and internationally with ARM, Mercedes Benz, Doulos, Ltd., and Blue Pearl, providing a diverse repertoire and a breadth of knowledge. Emma focuses on developing marketing strategies, creating strategic alliances, and operating complex contract negotiations. She has a proven ability to work effectively within all levels of an organization — from the individual contributors all the way to the executive suite. Emma holds a bachelors with honors in business law, plus associates degrees in organizational behavior/psychology, physics, and mathematics.

In her free time, Emma enjoys working out and spending time with her family.

Jeremy Youngquist is a Northwest native who has called the Oregon Coast his home for the past 15 years. After working as a BlackHawk helicopter pilot in the US Army, Jeremy was drawn to the beautiful landscape of the Coast and never looked back. Upon arriving, he spent several years flying a helicopter offshore for the Columbia River Bar Pilots before discovering a talent for sales and the real estate industry. He started his new career with Wyndham Vacation Ownership and quickly became a top seller in the North Coast region, and eventually expanded his reach by taking on San Jose del Cabo, Mexico, and San Diego, California. Jeremy excels in developing relationships, employing a strong work ethic, and maintaining a military-level sense of discipline.

When he is not showing homes or negotiating a deal, Jeremy enjoys spending time with his wife, Camille, and daughter, Emma. You will often find the family surfing in the ocean or hiking along the scenic coastline. Jeremy also enjoys mountain biking, spearfishing, snowboarding, and going on other outdoor adventures. Jeremy and his family feel connected to the community in Cannon Beach. He and his wife helped open The Irish Table, an intimate cozy pub serving traditional Irish and American fare. They are also very connected to their church, where Jeremy has served in several capacities, and with global missions — specifically in Bali and Mexico.

“[The Cove area of Seaside and Chapman Point in Cannon Beach] personify what I love about living on the Coast,” Jeremy said. “My wife and I are surfers and a majority of our family’s happy memories happen in, on and around the ocean. These neighborhoods are icons of why people move to the beach. We also really love Surf Pines and downtown Astoria. There’s so much to love here on the Coast!”

Robin Bair has lived in Seaside for 36 years. She moved to Seaside in 1982 after marrying her high school sweetheart. For the past 17 years, the two have owned and operated the Seaside Papa Murphy’s Pizza in addition to a couple of drive-thru coffee shops in town. She began her real estate career by working as a sales representative for Worldmark by Wyndham for five years, where she got her license. She attributes her success in the company to her emphasis on good old-fashioned customer service and helping people the way she would want to be helped.

Robin is extremely outgoing and personable, and truly enjoys connecting with people — whether they are real estate clients or customers at the business she owns. Having lived in the area for decades as a business owner, Robin and her husband know just about everyone in town. In addition her charming hometown of Seaside, Robin loves traveling just up the road to Astoria.

“Astoria moves me when I’m driving around showing homes or looking at homes that might be possible listings,” she said. “The town has changed so much and the homes have been remodeled but kept their craftsman charm. Also a lot of great eateries and food trucks are popping up which is new in our area. We live in such a beautiful part of the world it’s hard to pick what I like best.”

“A new adventure awaits around every curve of our cliff-lined coast,” she said.

Anne’s favorite restaurant in the region is Pacific Sushi in Brookings, Oregon — a must for lunch or dinner for their sustainable, locally sourced seafood. 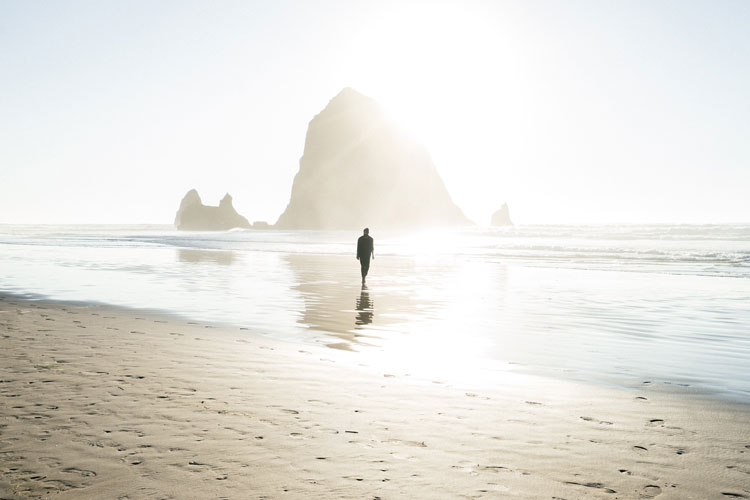 Cannon Beach is a quaint coastal town nestled along the Pacific Ocean. It is a popular destination for its expansive sandy shores with the iconic Haystack Rock, and charming downtown with an impressive collection of boutiques, eateries, and art galleries. Just steps from the sand, the main street of Cannon Beach is lined with locally owned shops selling gifts, old-fashioned candy, clothing, home decor, and more. Plus, the town is dotted with a number of wine bars, breweries, coffee shops and cozy eateries. 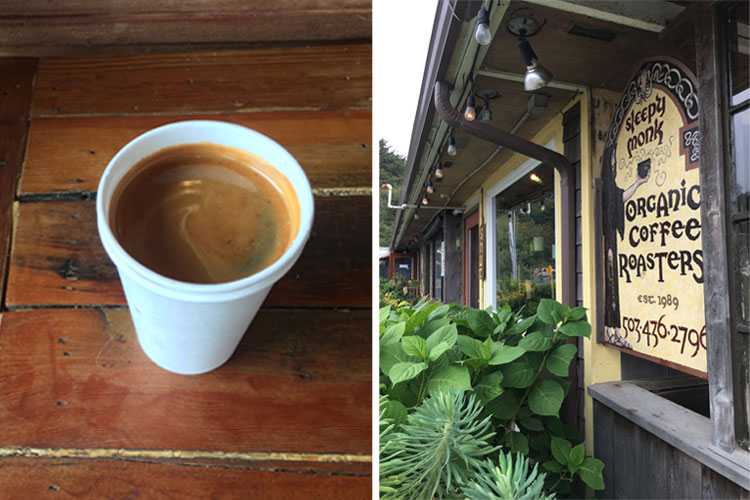 Many are considering Cannon Beach as a viable vacation home spot, either as a second home or a rental opportunity. The charming historic homes in Cannon Beach enjoy access to the many attractions in town and the idyllic Pacific Ocean.

Join Us in Welcoming the Ted Wood Group! 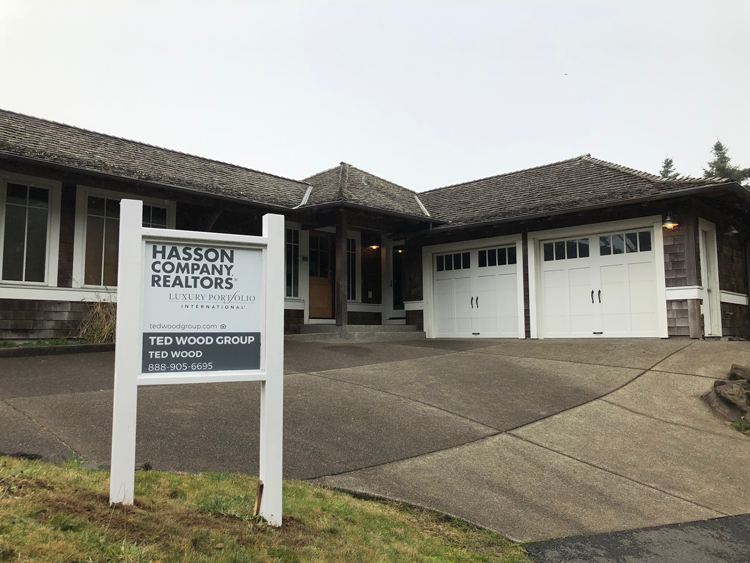 The Ted Wood Group is comprised of a talented team of brokers, offering a wide range of skills and specialties, plus several decades of combined experience in the industry. Each of these brokers have lived and worked in the area for several years. Therefore, they understand the complexity of the local real estate market and the intricate details of each community — including school districts, restaurants, parks, beach access, coffee shops, and other valuable neighborhood insight.

Hasson is privileged to have this talented team on board and for the opportunity to extend our reach to this idyllic region along the scenic Oregon Coast. Join us in extending a warm welcome to the Ted Wood Group!

Join us in congratulating Hasson’s top 40 performers of 2019! This elite group accounts for a total of more than $1 billion in closed sales volume. But more importantly, these brokers adhere to the highest ...
January 17th  |   Company News
Congratulations to Hasson’s ...
Happy 2020! We have entered a brand new year — and a new decade — filled with excitement, new beginnings and endless potential. In addition to your fitness and lifestyle goals, you may be setting aside ...
January 8th  |   Cannon Beach, Central Oregon, Hood River, Market Trends, Neighborhood Insight, Portland, Southwest Washington
Why You Should Buy a Home in t...