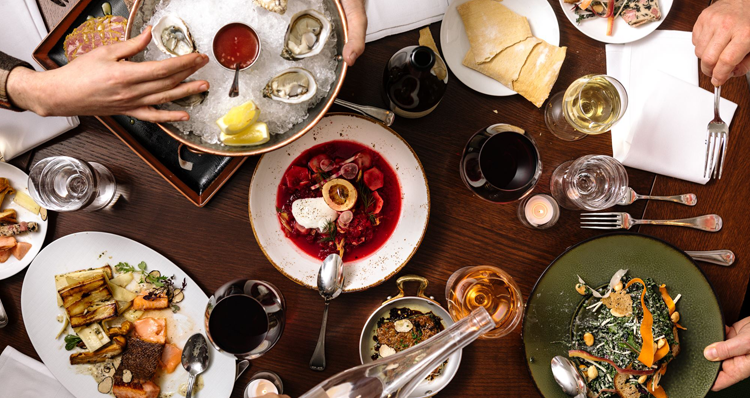 It’s likely you’ve heard of James Beard or at least his namesake awards, even if you don’t consider yourself a foodie. James Beard was an American cook, cookbook author, teacher and television personality whose legacy lives on through the James Beard Foundation. The foundation administers annual awards to honor exceptional chefs and journalists. Considered the “Oscars of the culinary world,” the James Beard Awards are among the most coveted and honorable recognition a chef can receive.

And did we mention, James Beard was born in Portland? Throughout his childhood, James’ mother operated a hotel called the Gladstone Hotel in downtown Portland and his father worked at the customs house in the city. Through annual summer trips to the Pacific coast, James was exposed to Pacific Northwest cuisine at a young age and developed a love for it — and the culinary world as a whole. And the rest is history!

Let’s explore the seven James Beard Award-winning restaurants in Portland, expanding nearly two decades of exceptional cuisine — from French fare to Argentine dishes, and everything in between. 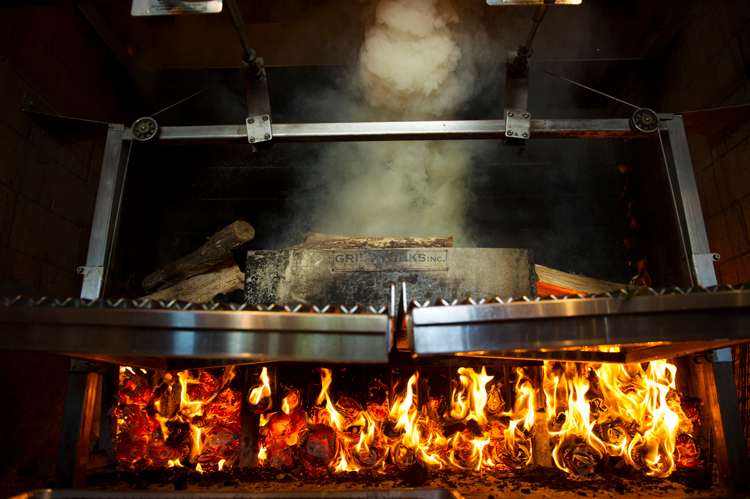 Experience the robust flavors of Argentina with a convenient trip to the Eliot neighborhood, where you’ll find OX serving “Argentine-inspired Portland food.” This intimate restaurant centers on a massive wood-fired grill, which pays homage to Argentine tradition and dictates the cooking style for much of their menu.

OX harnesses the culinary talent of husband-and-wife chefs Greg Denton and Gabrielle Quiñónez Denton, who received the James Beard Award for Best Northwest Chef in 2017, after four years of nominations in the category. The two create a superb menu focused on Argentine food with a Pacific Northwest twist, plus a sprinkling of Spain, France and Italy influence. The menu showcases a range of local meats and fish, garden-fresh salads, vegetable dishes, and more unique offerings. Take the delicious flavors of OX home with you (because you won’t need a to-go box after you lick your plate clean!) by picking up the Denton’s relatively new cookbook, Around the Fire, which features 100 innovative recipes inspired by the live-fire and asador cooking traditions of Latin America. 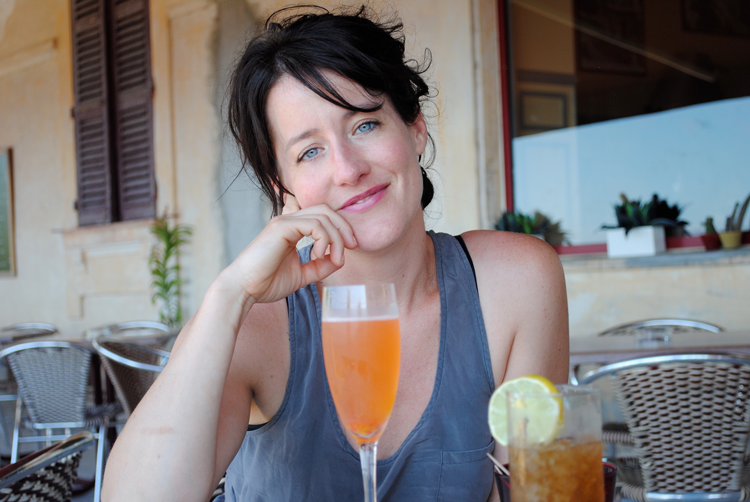 The story behind Beast is quite endearing. Fueled by a childhood spent hanging around the stove and in backyard gardens, Naomi Pomeroy launched an underground supper club with friends in her Northeast Portland bungalow. They used salvaged doors rigged as tabletops and defrosted shrimp in the bathtub, and soon decided to turn this intimate gathering into something more official. After opening and closing a number of businesses in the early 2000s, including Gotham Coffee Shop, Clarklewis and the Gotham Tavern Shop, Naomi wanted to return to her intimate family-style supper roots. In the fall of 2007, Naomi and a small team opened Beast, a 24-seat restaurant with communal tables and six-course, prix-fixe dinners. The restaurant operates as a family dinner, where guests can interact with each other as each innovative course is served. Beast serves dinner twice nightly Wednesday through Saturday in addition to two four-course brunch services every Sunday. In fact, Beast is one of our favorite brunch destinations in Portland!

Naomi has earned an overwhelming amount of awards for her culinary expertise, including one of the top six of a new generation of female chefs in September 2008 by Bon Appètit, one of the 10 Best New Chefs in America for 2009 by Food & Wine Magazine, one of the Top 10 Women to Watch in the Next Decade by Oprah Magazine, and one of the Top 16 Women in Business by Marie Claire. And most recently, Naomi was selected as a finalist for the James Beard Awards for Best Chef Northwest in 2010, 2012 and 2013, and received the coveted award in 2014. 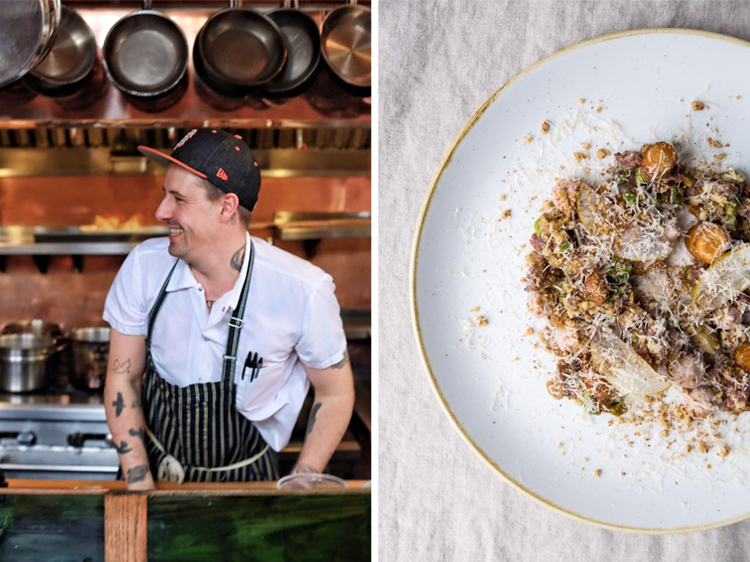 At just 25 years old, Chef Gabriel Rucker opened Le Pigeon in 2006 in the quaint space the restaurant still inhabits on East Burnside. This adventurous French-inspired bistro seats just 35 people in the dining room, creating a personalized and relaxed experience for guests. But the menu is anything but laid-back — it has a number of innovative dishes, including the Grilled Shoyu Pigeon, featuring pigeon confit rangoons, black beans, peach XO sauce and Chinese sausage. Sample an array of dishes with the chef’s tasting menus, including either five or seven courses. If the whole party is on board, this is an excellent way to explore the simple yet robust menu at Le Pigeon or delve into exotic wines with a beverage pairing. 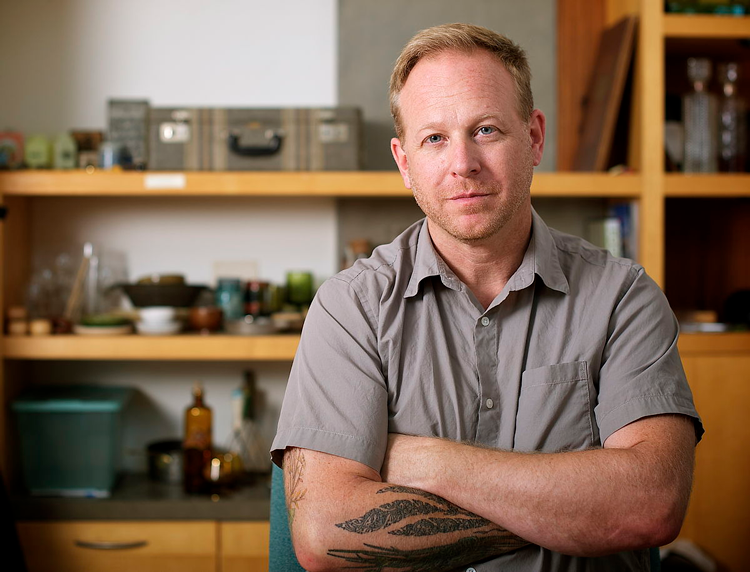 It’s easy to pass by this small, unassuming space on Southeast Division without realizing you’ve just encountered an award-winning restaurant. The comfortable, quaint interior of Pok Pok perfectly complements the elevated street food you are served here, reflecting the food culture of Thailand and Southeast Asia. Chef and owner of Pok Pok, Andy Ricker, first visited Thailand as a backpacker in 1987. He then spent several months a year living, traveling, eating, cooking and studying the food culture in Thailand and its neighboring countries. Ricker’s intense exploration of the style resulted in an unparalleled knack for creating authentic Thai dishes, most of which is meant to be eaten family-style. And most are best when accompanied by rice, whether its sticky or jasmine, and eaten with a spoon (and pushed down onto the spoon with a fork!), which is customary in Thailand.

You’ll feel at home at Paley’s Place — in part because the award-winning eatery is tucked inside a charming Victorian in the Nob Hill neighborhood. Yet the food and service here completes a sense of “home” and comfort. Paley’s Place opened in 1995 and has since been a pioneer in the local culinary world, focusing on regional fare rooted in the bounty of the Pacific Northwest. You’ll find an array of dishes on the simple seasonal menu, including oysters, seafood, fresh vegetable-centric dishes, salads and shareable plates.

Chef Vitaly Paley helms the kitchen at Paley’s Place, while his wife, Kimberly Paley, oversees the front of the house. Together, the couple has created a welcoming atmosphere perfect for both casual dinners and special occasions. Vitaly Paley was the recipient of the 2005 James Beard Award for Best Chef Northwest and was nominated as a semi-finalist for Outstanding Chef in 2012. He was also a victor on the Food Network’s Iron Chef America and declared Chef of the Year by Portland Monthly in 2012.

Situated in the heart of downtown Portland, Higgins is a long-time favorite in the city. Higgins embraces the Willamette Valley’s rich farming heritage and celebrates its remarkable seasonal bounty by incorporating local ingredients into the menu. Since opening in 1994, Higgins has made waves in the hyper-local food movement, showcasing Northwest fare in new and creative ways. Co-owner and chef Greg Higgins used his close ties to regional farmers to spearhead his menus in the ‘90s, which led to his James Beard Award for Best Chef Northwest in 2002. This landmark restaurant continues to reinvent itself while staying true to its devotion to debuting the best of the Pacific Northwest.

Greg Higgins has traveled around the world sharing his passion for Northwest regional cooking. His passion for sourcing locally and creating menus based on the season is reflected in the restaurant’s charcuterie program, annual mushroom dinners, seasonally focused menus, exceptional wine program and much more.

Headwaters at the Heathman Hotel

This exquisite eatery at the Heathman Hotel has a rich history and long-term relationship with the James Beard Foundation. In 2001, Chef Philippe Boulot was named the Best Northwest/Hawaii Chef. And in the fall of 2016, after a major renovation, Chef Vitaly Paley of Paley’s Place and his wife took the helm of Headwaters, incorporating his iconic Pacific Northwest style. The building itself is rich with history. It was constructed in the early 20th Century and is listed on the National Historic Register. The restaurant pays homage to its history yet feels like a world of its own, with modern, industrial decor and a clean and open feel. The sleek bar offers an array of exceptional craft cocktails to perfectly complement your dish.

You’ll find plenty of fresh seafood with a French flair, all with a focus on showcasing the fresh bounty of the Pacific Northwest. Don’t miss the Russian Tea Room experience, featuring teas in the Tea Court on Saturdays at noon and 2:30 p.m. This is an age-old tradition long observed at the Heathman, even before Headwaters opened. Reservations are required and are not available online. Call 503-790-7752 at least 48 hours in advance to reserve your spot!

Which award-winning restaurant are you dying to try?

Are any of these on your bucket list? Or have you tried them before? Let us know in the comments below!

Whether it’s St. Patrick’s Day or the middle of summer, there’s no place quite like an Irish pub. They exist to honor the long-standing tradition of community and camaraderie, best experienced around pl...
March 10th  |   Neighborhood Insight, Portland, Southwest Washington
The 7 Best Irish Pubs in the P...
We all know date night is an important part of any healthy relationship, but sometimes it’s hard to branch out of the typical routine — one that usually involves dinner and a movie. The next time you’r...
February 28th  |   Neighborhood Insight, Portland
11 Fun + Romantic Date Ideas i...