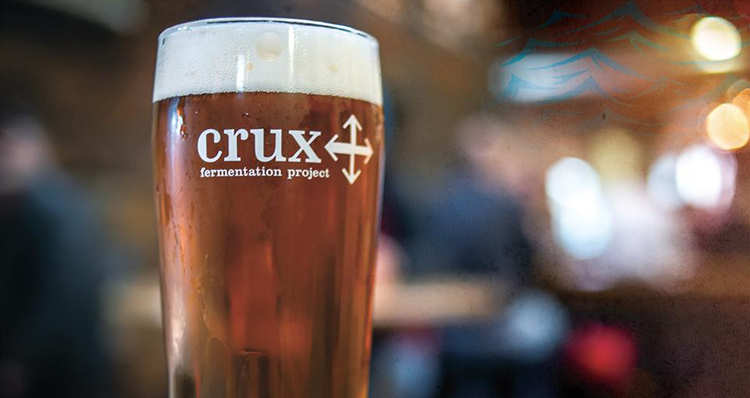 Among the many reasons Bend is an incredible place to live, it is particularly enjoyable for craft beer lovers. Bend is without a doubt a craft beer mecca. In fact, Bend has the highest microbrewery per capita in Oregon and has even been called Beer City USA. There are over 22 breweries in Bend and an estimated 91,122 residents, which means there is one brewery for every 4,142 humans. Plus, there are several well-loved breweries in surrounding Central Oregon cities, including Redmond, Sunriver and Sisters.

A list of 22+ breweries (not including the ones in nearby cities!) can be daunting and overwhelming. So we selected nine of the best breweries in Bend and Central Oregon to make your craft beer journey a bit easier. Plus, many of them are included on the Bend Ale Trail, the largest beer trail in the west. Simply acquire a passport and receive stamps at each of the breweries along the way. No purchase is necessary at each of the stops, but it’s a great opportunity to sample a variety of Bend beers.

NOTE: Please be wise and do not attempt to drive to and from these breweries if you are consuming lots of alcohol. Central Oregon now has Uber and Lyft to ensure your safety! 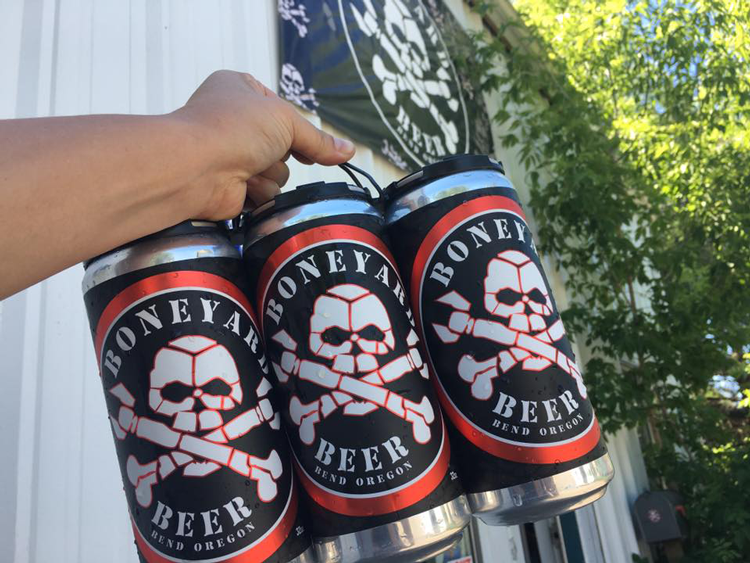 Since its inception in 2010, Boneyard Beer has been a neighborhood favorite for Bend residents. The unconventional brewery started in an old auto shop tucked away in the backstreets of Bend’s historical district. Owner Tony Lawrence named it Boneyard Beer after he had collected a “boneyard” of old equipment from 13 different breweries around the country. As the company has grown, some equipment has been replaced, except for the original refurbished 20-barrel system, which is still in use today.

Boneyard has brewed 17 different beers over the years. Their balanced, hoppy and expertly crafted beers have kept residents and visitors coming back again and again. Boneyard Beer is in the process of moving into a new facility, which will accommodate their continual growth with approximately 15,000 square feet of space. But as the brewery expands, Boneyard will continue to brew their renowned beers and remain a neighborhood gathering place. 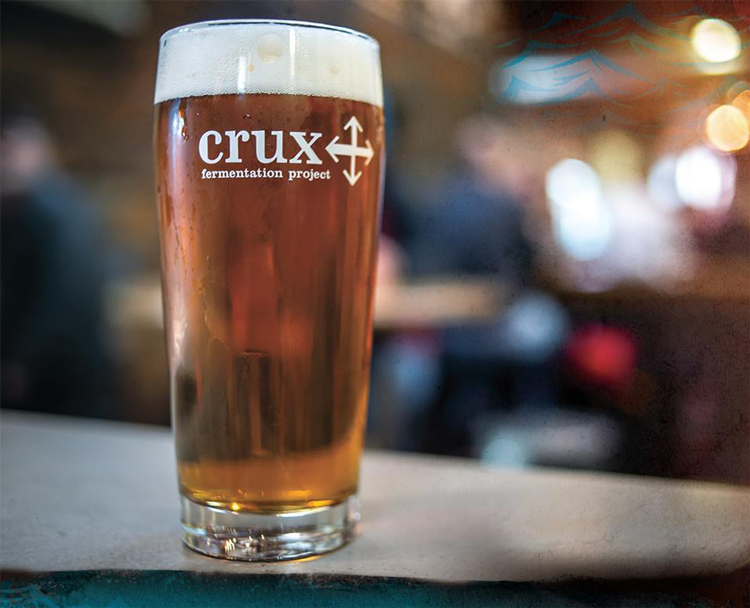 Crux Fermentation Project is a one-of-a-kind brewery built for non-traditional brewing methods, including decoction mashing, open fermentation and barrel aging. Crux has a tasting room situated right in the middle of the action of their brewery, which is housed in a former AAMCO transmission plant. In this industrial and lively environment, you will discover over 20 craft beers on tap and expansive views of the Cascade Mountains, most breathtaking during sunset each night. Relax in the cozy interior or out on the patio by the fire pit. One of the best ways to sample their brews is by ordering a flight, featuring six distinct beers. 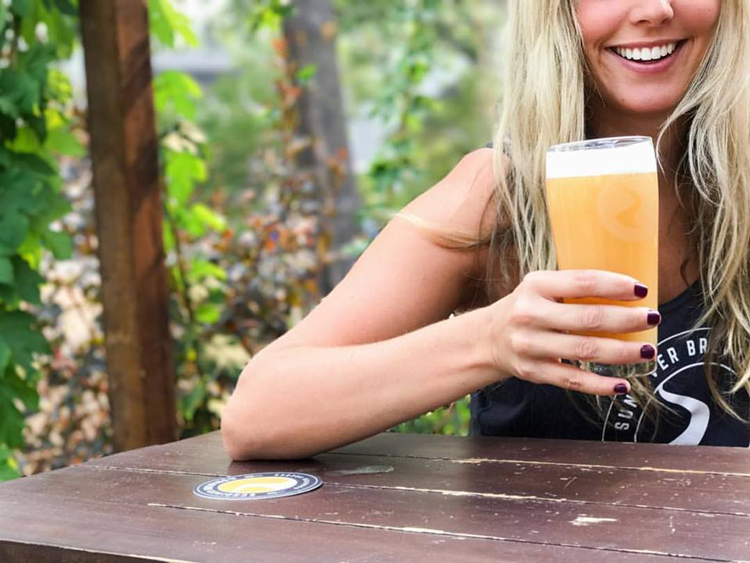 Based in the scenic Sunriver community, Sunriver Brewing Co. is another Central Oregon favorite. Plus, Bend residents don’t have to travel much at all to sample their brews, as Sunriver Brewing Co. has a pub location along Galveston Avenue in Bend. This family-owned operation originally began in The Village at Sunriver as a pub that served great food and brewed its own beer. Since its official launch in 2012, demand for their beer increased and they continued to expand production to meet the demand. Stop by their locations in either Sunriver or Bend to taste their renowned beers, which includes their awesome year-round, seasonal and limited release options.

Bend Brewing Co., most commonly known as BBC, is the second-oldest brewery in Bend, dating back to 1995. This long-standing community staple is located downtown right off the Deschutes River at Mirror Pond. Over the years, BBC has remained a major player in the booming craft beer world of Bend. The comfortable interior, airy patio, friendly service, and of course — exceptional beers, make Bend Brewing Co. an excellent craft brewery. You’ll find everything from ultra-hoppy IPAs to robust stouts in their rotating tap selection, so you’ll need to stop by or call in for their current list. However, you can typically expect to see several of their signature brews, including the Elk Lake IPA, Lovely Cherry Baltic Porter, Outback Amber Ale, Tropical State Juicy IPA, and Exploregon. 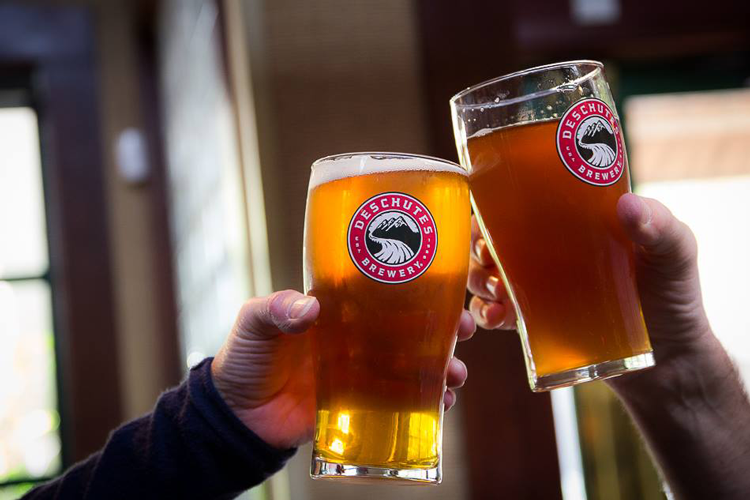 It’s likely you’ve heard of Deschutes Brewery, no matter where you live. It is in fact the eighth-largest craft brewery in the nation! See where this well-known brewery all began at the original public house that opened its doors in 1988. This is where Deschutes’ very first beers were brewed, like Black Butte Porter and Jubelale, and where locals and visitors liked to gather over a handcrafted beer. In fact, Deschutes firmly believes that “good beer brings people together” and they craft their brews accordingly, with the simple purpose of helping people spend meaningful time together. The beer at Deschutes truly speaks for itself and they offer a beer-centric menu featuring fresh ingredients, many of which are sourced from local farmers, foragers and ranchers.

You simply cannot have a bad day when you’re visiting a place called GoodLife. GoodLife Brewing is a tribute to the incredibly good life Bend residents get to enjoy, whether it’s on foot, bike, skis, in a kayak, on a cliff, over a mountain, or under a full moon. Plus, their beers make that good life even better! Each of their beers is crafted with the highest quality ingredients, including Northwest and select imported hops, quality malts, and highly prized Central Oregon water.

GoodLife is known for brewing an outstanding well-balanced beer that is not overly bitter, sweet or heavy. Their custom-designed brew system ensures exceptional craft ales with a distinctive malt balance and hop aroma. Don’t miss their flagship beers, the Descender IPA and the Sweet As! Pacific Ale, but also try their various limited release and seasonal options. 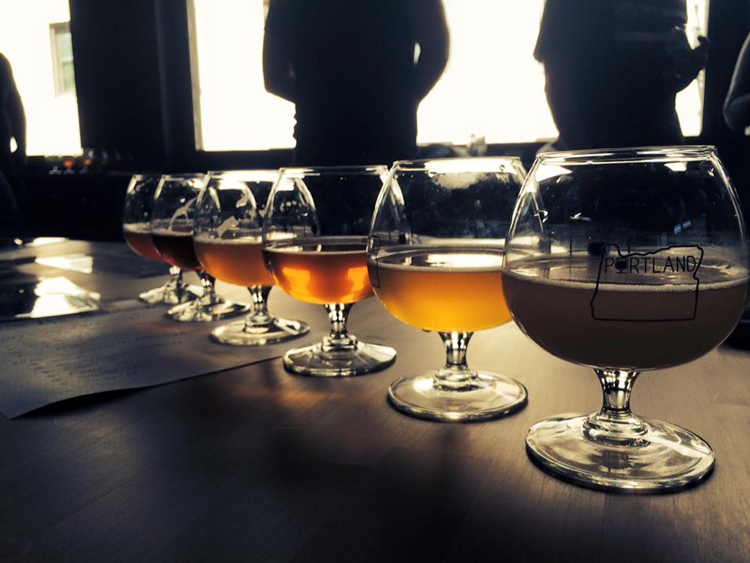 Visiting Ale Apothecary is quite the experience. This vintage-batch oak barrel brewing company is classy and sophisticated, serving their delicious small-batch beers crafted with a unique two-year process. All of their beers are made in their brewery in Bend, bottled, and can be sampled in their tasting room located just west of the Deschutes River. Their friendly and knowledgeable staff will direct you on your beer-tasting journey, as you relax in their inviting space with funky decor. Ale Apothecary is a bit on the expensive side, but once you understand their complex fermentation and brewing process, it will all make sense!

This brewery in the heart of Sisters is truly brewing up some fantastic beers. This small-town brewery is relentlessly crafting classic Northwest-style beers of uncompromising quality and consistency. Three Creeks Brewing Co. prides themselves on only using the finest ingredients to brew their beers, including the best malts from around the world, Oregon hops right here in our backyard, and the most crystal-clear water from the Cascade Mountains. You can see the process in action or sample their incredible creations at Three Creeks’ production brewery with a tasting room on site or at their brew pub in Sisters! 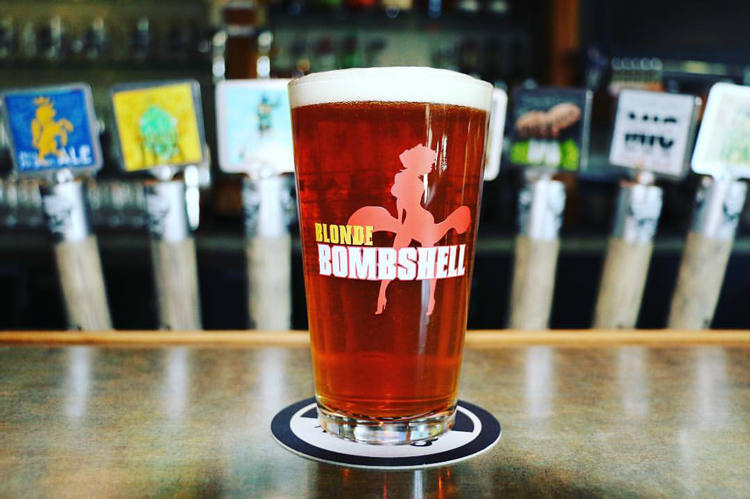 The story of Cascade Lakes Brewing Company began in 1994 when three enthusiastic brothers were building brewing equipment by hand and coming up with tasty recipes. The business was purchased by Rick Orazetti and Doug Kutella in 2000, later joined by Ron Kutella and Chris Justema, and the labor of love continues to this day. The brewery began as a small facility located in an industrial area and expanded into a state-of-the-art, 25-barrel brew house system brewing 775 gallons per batch three times a day.

Celebrate the craft beer culture of Bend and Central Oregon with a number of annual beer-centric events, including Bend Oktoberfest, The Little Woody Barrel Aged Beer, Cider and Whiskey Festival, Bend Brewfest, and Central Oregon Beer Week. These events are a wonderful way to sample some of these renowned breweries (and others from around the nation) in one place.

The holiday season is filled with gift giving opportunities, as we are involved with several gift exchanges with friends, family members and coworkers all month long. It’s also a natural time to give back t...
October 30th  |   Central Oregon, Neighborhood Insight
Bend Area Charities + Nonprofi...
Around this time of year, the weather in Bend makes a hard pivot from hot and sunny to cold and chilly, giving us a perfect excuse to warm up by the fire and bundle up in wool sweaters. To help keep you warm ...
October 2nd  |   Central Oregon, Neighborhood Insight
10 Cozy Products in Bend Perfe...